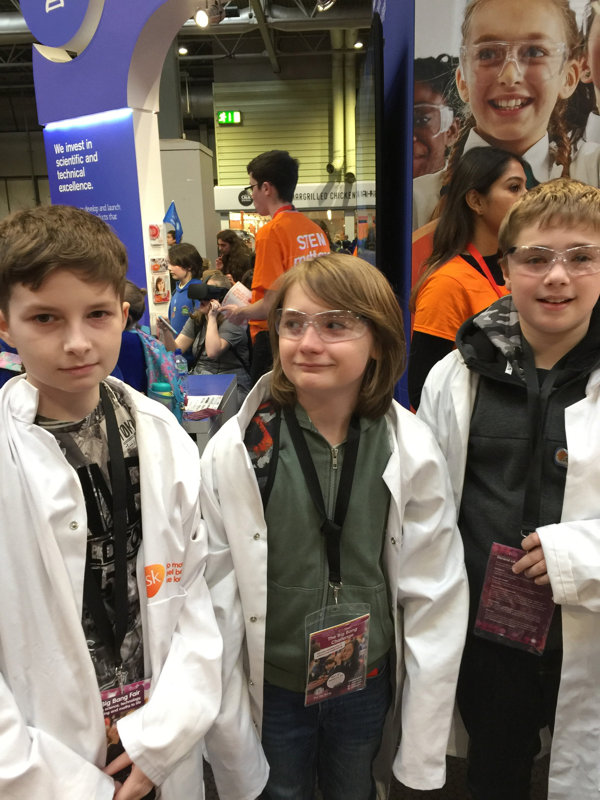 British Science Week, run by the British Science Association is a ten-day celebration of science, technology, engineering and maths, featuring entertaining and engaging events and activities across the UK for people of all ages.

Miss Conyingham took Year 10 pupils Danielle S, Brook H-F, Joshua I and Rayhan B to Runshaw College on 13 March to take part in a Surprising Science Day. In a day of workshops in Physics, Chemistry, Biology and Geology pupils were shown how Science can be a bit messy, a bit surprising, but always fascinating. The keen scientists enjoyed their day and we hope they returned even more eager to put their scientific skills to great use in the future.

Sasha C, Aimee H and Holly W also visited Runshaw College with Mr McIntyre on 6 March for the Medical Marvels event; an afternoon for all budding medics, vets and dentists.

Fifteen Year 8 pupils visited the new Runshaw STEM centre in Euxton with Ms Young on 15 March where they took part in a variety of workshops and learnt skills from a range of industries; from aerospace and advanced manufacturing, to medical and scientific professions. Alfie won the car challenge and all pupils made LED torches. (see photos down the right)

On 14 March, 47  Year 7 & 8  pupils went to the Big Bang Science fair at Birmingham’s NEC centre where they were given the chance to try out over 100 hands-on activities, see dozens of mind-boggling shows, hear from inspiring engineers and scientists from some of the UK’s biggest companies - as well as  find out about the opportunities available in STEM.