Year 7 are in a buzz about books 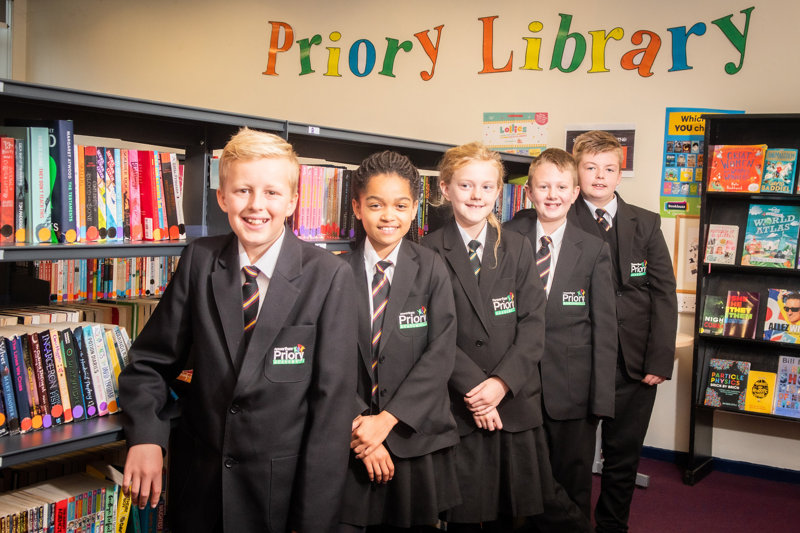 Bookbuzz is back – and our Year 7 pupils have selected their own brand new book which they will receive after the half term break.

The pupils had 17 titles to choose from, from the Book Trust, and they included fast paced thrillers to non-fiction reads for curious minds.
English teacher Mrs Webster said:

“The Year 7s watched the authors talk about their books in Accelerated Reader classes and then they picked their favourites which will be gifted to them.

“One of the authors is Alesha Dixon and we were all surprised when she came up on the screen but it’s great to see.

“It’s so exciting when the children get a new book to hold, to smell and to keep. There is such a buzz when they all arrive.”

Finley K has chosen the book ‘Wonderscape’ by Jennifer Bell.  “It’s about gaming and virtual reality and it looks a really exciting book,” he said.

Eden B selected ‘Slick’ by MM Vaughan. “This is about gaming too. I like gaming so I want to see what it is all about.”

Hiylie T opted for ‘Across the Risen Sea’ by Bren MacDibble. “It’s about a girl finding her friend across the sea. I like adventure novels.”

Maddie K-McI’s selection was D-Day Dog by Tom Palmer.  “Basically it’s about an army dog. I love dogs, in fact I love all animals. At home we have five dogs, four horses, four cats, three chickens and a rabbit!”

Josh B also opted for ‘Wonderscape.’ “I chose this one because it’s a much longer book and I like a challenge!”

Jake L said: “I remember I chose ‘Crater Lake’, it’s about a school trip to a massive crater which is infected by alien parasites. It was exciting to receive a new book, especially as it’s free. It was amazing at the time.”

Ethan  R also chose ‘Crater Lake’ and said: “It was a book that really got me gripped.” Josh L was the same and added: “It was never boring. I like collecting books and I keep my favourites in a pile and ‘Crater Lake’ is there among them.”

Mia C opted for ‘City of Ghosts’ and said: “It was exciting choosing a new book, I like ghosts and this was about people, some who believed in and some who didn’t believe in ghosts.”

To find out about the 17 books on offer, read their blurbs and meet the author, go to>>
www.booktrust.org.uk/what-we-do/programmes-and-campaigns/bookbuzz/students/bookbuzz-books/