Covid Testing On Return To School In January 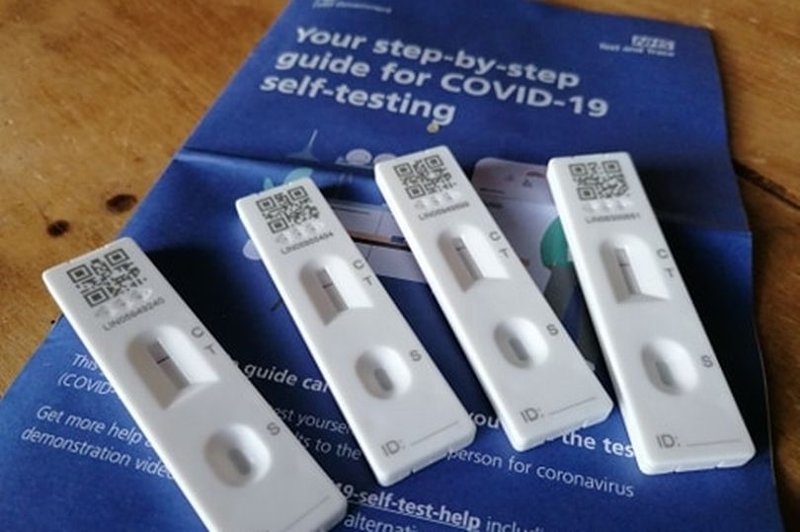 All pupils in England must take an LFD (Lateral Flow Device) test in school before they return to the classroom after the Christmas break *.

In order to facilitate this testing and minimise the potential of pupils being sent home as close contacts, we have made the decision to complete the testing on Wednesday, 5 January, with pupils who test negative returning to school on Thursday, 6 January.

On Wednesday, 5 January the school will not be open for lessons; it will simply be open for pupils to come into school, get tested and go straight home. Testing will be available from 8.15am and stop at 2.30pm. Pupils do not need to be in uniform to come into school on this day.  No appointment is necessary as pupils can simply turn up at any point.

School buses will run in the morning as normal and bring pupils into school. The buses will then wait at school and once all pupils on the bus have been tested they will depart and return pupils to their normal bus stop.

Any pupil who cannot attend on Wednesday, 5 January will have to complete the test on their first day back in school.

Pupils will be supervised by Priory staff but will be expected to complete the swab section of the test themselves (support will be available to those who cannot self-swab).

Positive test results will be known within 30 minutes of taking the test. If your son/daughter tests positive you will be notified immediately and be asked to take them for a PCR test. Pupils then have to remain off school until the result of the PCR test is known.  We will not inform pupils if they test negative.

If you would like to discuss any aspect of the testing please contact Mr Gee, Assistant Head, by email at n.gee@priory.lancs.sch.uk

Unfortunately, we will not be able to deliver live lessons on this day as different pupils will be coming into school throughout the day and a number of teaching staff will be used to help with testing. There will however be work placed on MS Teams for pupils to complete.

Below sets out the home learning expectations for the first day of the Spring term, following the Christmas break.

On Wednesday, 5 January, pupils will be working on Teams from home apart from a short period of time where they'll come to school to do their lateral flow test.

Pupils are expected to access their year group Team page on Microsoft Teams, open the 'General' tab  and then open the folder called '@Work for Wednesday 5th January'.

Once there, complete the English and the Maths tasks first.  When these are completed, choose at least two more tasks from the other subjects you would normally have on a Wednesday. You can, by all means, do more however, leave time to come to school and do your lateral flow test too.

Before we break up for the Christmas holidays, pupils must make sure that their Teams account is working on a device you can use at home. Staff will not be available to reset these on the 5th January for you.

*Excluding pupils who are currently isolating and those whose parents have refused permission for testing in school.  Pupils whose parents have refused permission should return to school on Thurs, 6 January and work remotely via Teams on Weds, 5 January.  Update: Pupils who have had a positive COVID PCR result in the last 90 days should now come into school on Wednesday for testing.