British Science Week goes off with a bang 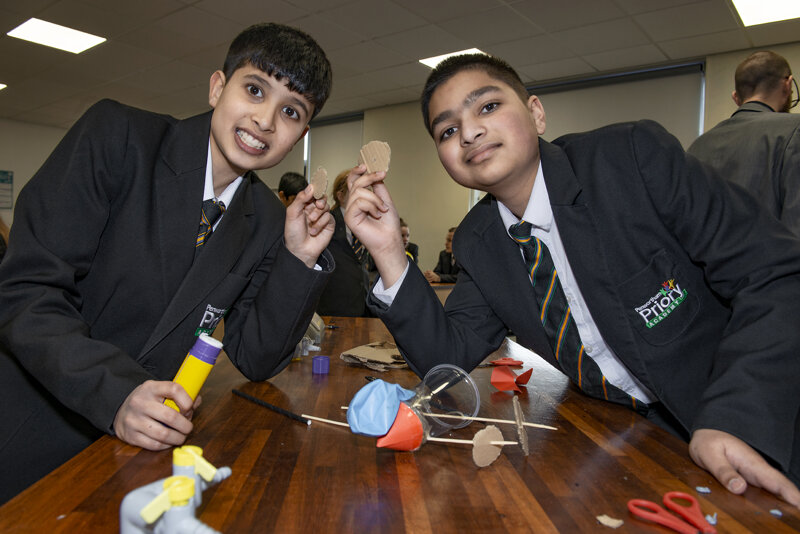 British Science Week certainly went off with a bang at Priory!

Science teacher Mr Cox led the way with a week-long list of events which had a science theme – and pupils and staff alike all embraced the tasks.

One of the highlights was on Monday with the staff Bake-Off competition with all creations having to have a scientific link.

“It was competitive,” said Mr Cox. “There were spaced-themed cakes, those which looked like science equipment, ones which resembled experiments, a bacterial cell and even a periodic table.

“It was great to see colleagues from outside of science getting involved, with the winner Miss Beesley and joint second Mrs Eastham and Mrs Bullock.

“The cakes were sold off and the money raised, £59, went to the Year 10s chosen charity, The Space Centre.”
Year 7s and 8s spent their science lessons with an engineering task of designing a balloon-powered car and seeing how far it would travel.

“They were given a set of equipment such as cups, straws and cardboard and their task was to see which car moved the furthest in a straight line.

“Each class had a winning team and then we had a grand final. The cars were going up to 10m which is good going!”

There has also been a Cinema Club showing ‘The Blue Planet’ in the Nucleus at lunch-time on Thursday and Friday.

“The theme of British Science Week nationally was ‘Growth’ so we watched episodes on the lives of the Emperor Penguins. There was a really good take-up, especially as popcorn was included as well!”

Finally, there is a British Science Week National Poster competition with the heading ‘Growth’ – all entries have to be into Mr Cox by March 28th.

"It's been a good week, it's not just about the science department, it's about the whole school and we have had strong feedback about all the events," added Mr Cox.