What's the music this week? w/c 2 May 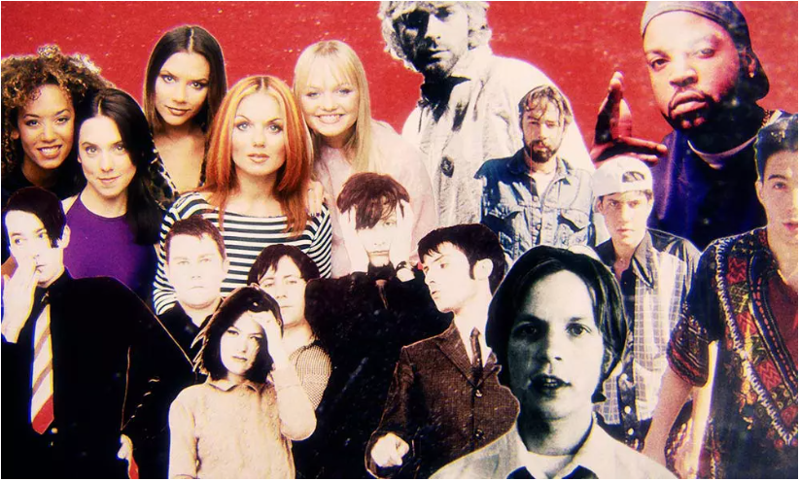 There may be still some members of staff able to remember this dim and distant decade. I have been told it is a period of epoch-defining anthems and dance floor-emptying divas.

The decade began with President Gorbachev in the Kremlin and ended with a Nokia 3310 in your hand.

The early years of the 1990s began with a surge in popularity for music genres like techno. Groups like Technotronic entered the charts with big hits like ‘Pump Up the Jam’ and ‘Get Up (Before the Night is Over)’. Similarly, the hip-hop music scene achieved popularity with artists like MC Hammer, Tone Loc, and Vanilla Ice.

The late-1990s saw the introduction of the highly commercialised and over-produced bubblegum pop groups and stars; groups and singers like the Spice Girls, All Saints, NSync, the Backstreet Boys. The genre was characterised by the use of autotune, a focus on appearance and fashion, choreography and repetitive lyrics.

Rappers representing different styles and regions saw massive mainstream and critical success. Examples include Tupac, Notorious B.I.G., Queen Latifah and Snoop Dogg. College rock was less grungy than heavy metal. These bands were often played at student radio stations. Some of the most well-known examples of college rock include R.E.M., Smashing Pumpkins, Red Hot Chili Peppers and Radiohead. Many of these bands would go on to experience massive mainstream success, becoming some of the most popular rock bands in the world.