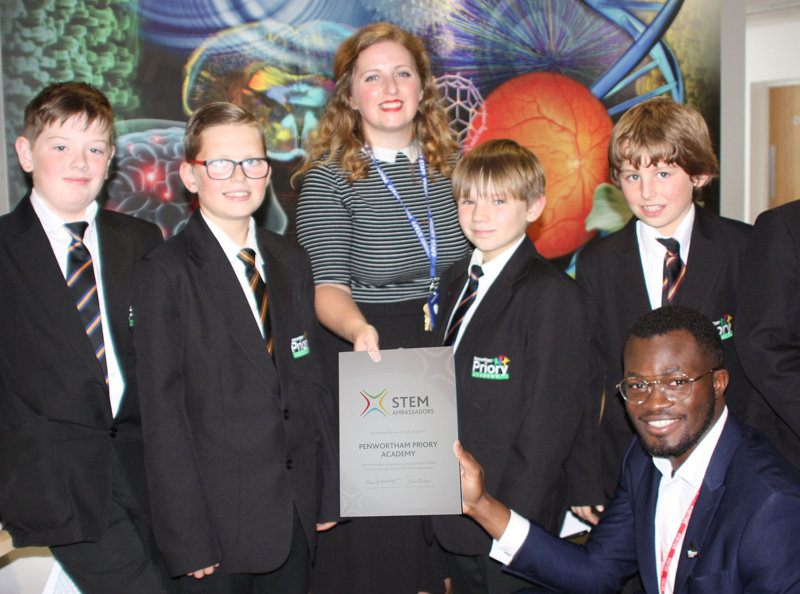 Priory was officially recognised this week for its commitment to increasing students’ awareness of the range of possibilities opened up by studying STEM subjects.
STEM Ambassador, Silas Adewole of BAE Systems, presented the certificate to Science Teacher, Mrs Burns and pupils during Wednesday’s after school STEM club.
Mr Adewole visited Priory to work with the STEM club by offering advice and guidance to the pupils as they work on a BP ‘Handy Hydro’ project to try to turn moving water into electricity.
Mrs Burns said, “The pupils are all working towards creating a prototype and a presentation to enter into a competition - they are mostly still in the planning and designing stage, but some have had some excellent ideas and Mr Adewole was really impressed by what he saw - he couldn’t believe that the pupils were all year 7 and 8!”.
Evidence shows that engaging with STEM Ambassadors can help young people to achieve their full potential in STEM subjects as well as inspiring them to explore linked careers.