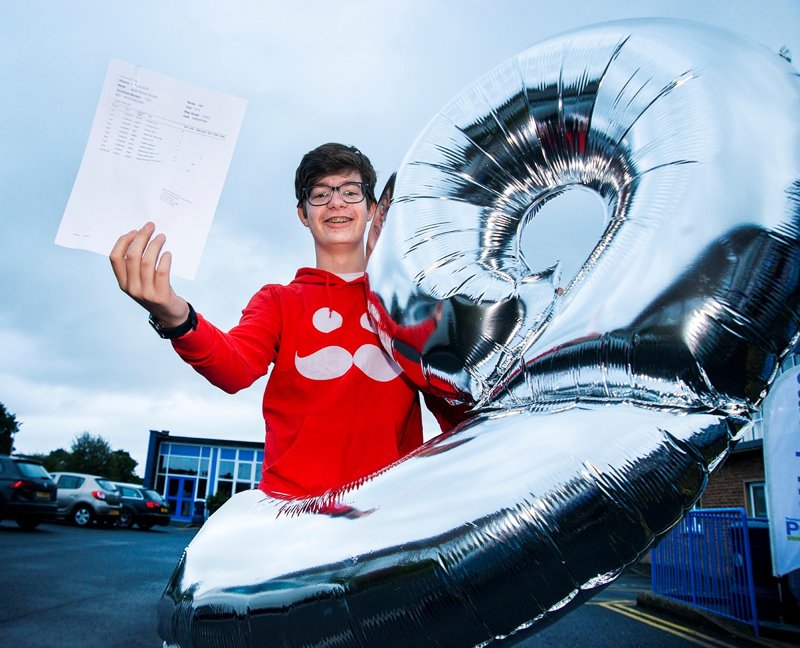 Some of Priory’s top students came in early to collect their GCSE results – and also speak to the Lancashire Post about their achievements.

Jacob celebrated three nines in Chemistry, Design and Technology and Maths as well as two eights and two sevens plus an A* in Further Maths.

“I want to do A-Levels in Accounting, Government and Politics, Economics and Maths at Runshaw College. I am really pleased with my results. I am interested in politics but I would like to be an accountant.”

Tom collected two eights, in Maths and Chemistry, and three sevens among his 10 GCSEs.

“I want to go to Newman College to study Maths and Chemistry. I have no idea what I want to do in the future.”

Triathlete Trista is ranked eighth in the North West at the three events – running, cycling and swimming – and she wants to be a physiotherapist in the future. She celebrated two eights in Biology and PE alongside two sevens and four sixes which fits in with her future plans.

“I run for Lions Running Community, I swim once a week and enjoy cycling. I compete in the North West Series and I am eighth at the moment.  I also have taken part in charity events at school, raising funds for Rainbow House which is something I am keen on continuing.

“I want to go to Runshaw College to study A-Levels in Biology, PE and English Language and then hope to be a physiotherapist. It requires a lot of training but I am prepared for it!”

Emina has already won a prestigious prize at Priory – and hopes to take her love of physics further. Emina celebrated four eights, three sevens and a six among her GCSE results. Emina was awarded the UCLAN Science Award last year for the Ogden Trust.

“That was an honour, we went to UCLAN and heard speeches and it was inspiring. I want to go to Newman College and study Maths, Physics, Chemistry and Geography, then go onto UCLAN to do Astro Physics and do something with space and physics in the future.”

Iqra is all smiles – as she wants to be a dentist.  Iqra amassed a seven and three sixes among her nine GCSEs.

“I want to study Biology, Chemistry and Maths at Newman College and, since I was little, I have wanted to be a dentist and that hasn’t changed.”