A monster calls for Year 9 pupils 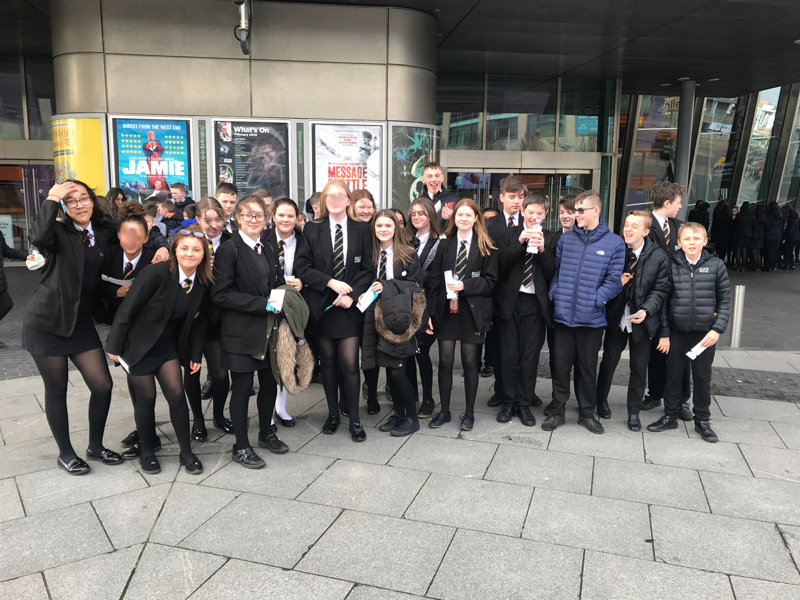 English teacher & Head of Year 11, Mr Faulkner, along with Assistant Head, Mr Gee, had the recent pleasure of being able to take a party of Year 9 Priory pupils to the Lowry Theatre, Salford, to see the play A Monster Calls.

The production was adapted from the popular novel written by Patrick Ness. The story is about Conor, a young boy who is trying desperately to come to terms with his mother’s terminal illness, whilst at the same time being bullied at school.

Miss Smith of the English Department had been kind enough to organise the event, but was unable to attend.

As always the pupils conducted themselves perfectly at the performance that was a full house due to many schools attending from the region.

The group had studied the novel the year previous as part of their Year 8 English literature curriculum and this was a real opportunity to see the award-winning production brought to life.