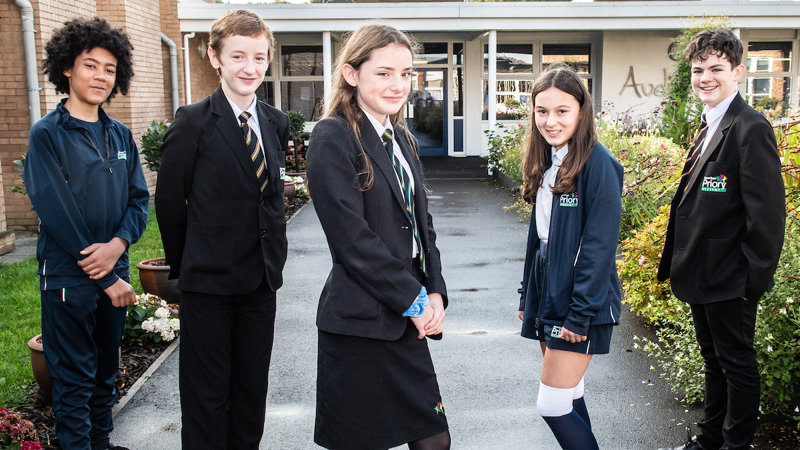 Year 7 and 8 pupils who have excelled in lessons this term have been presented with their Lead Learners badges.

Lead Learners are pupils who act as role models for their peers by always being focused, prepared and resilient in their attitude to learning.

Mrs Bailey, Head of Year 8, explained how the pupils were selected: "The teaching staff at Priory had a very difficult task choosing the Lead Learners. Each member of staff had to nominate a student from every class that they teach. The nominations were then counted and the student with the most votes was chosen to become the Lead Learner for that class. Successful candidates were given a badge and, as well as all those nominated, also received a certificate. There were a high number of nominations which was fantastic to see. We are extremely proud of our Lead Learners."

Year 7 Layla said: “I was chosen because I am resilient and they said I was a role model for the class. I try my hardest to be nice to everyone and I am pleased to be a Lead Learner.”

Max said: “I am good in class, my favourite subject is PE and I want to be a footballer. I have just got my badge to be a Lead Learner next term and I am waiting to find out what I have to do.”

Year 8 Samuel said: “We start next term and it means we help out in class with giving out books and things like that.”

KyMani added: “It’s nice to be selected as a role model.”

Head of Year 7 Mrs Bullock said: “We did a Teams Assembly where Mrs Cowell presented the Lead Learners with their certificates last week.  There were roughly five nominations from each class so it’s great to see so many worthy candidates already.”