Year 7 speak out at competition

Over the last few weeks, all of Year 7 have been working hard to write and deliver a speech on a topic that’s important to them.  These speeches were then delivered to their class peers where the best were chosen to compete in Monday's final.

Head of English, Mrs Gidden, said, "We had to be strict to get it down to just one student from each class who were then selected to present their speech to the whole of Year 7 at Monday’s competition final.  Quite a scary challenge!"

Throughout the process, all students demonstrated incredible confidence and resilience.  Some were genuinely daunted but overcame their nerves and presented engaging speeches.  It was great not just to see the relief, but also the pride the students clearly felt in themselves and their achievement.

Our winner was Daniel McC who talked passionately about his family and their quirks, hobbies and personalities leaving the audience and judges in fits of giggles. 1st runner up was Jane W who talked engagingly about owls and birds of prey and 2nd runner up was Bradley G who spoke about the ocean and his career aspirations as a marine biologist.

For their triumph, Headteacher Mr Eastham, presented the three winners with their certificates and chocolate goodies - winner Daniel also took away the glamorous trophy!

Mrs Gidden, said, "Unfortunately we had to do things differently this year however that didn’t take away the intensity of the competition.  The audience were in their classrooms, watching via Teams,  as our competitors spoke to a webcam in the 'finalists' suite' (MFL 2).  This probably meant the finalists were more at ease this year as we usually do this on stage in the Hall. Thanks go to English staff for acting as our panel of judges and to Mrs Farley and Mr Eastham for their role in presentations. The six finalists were awesome and we struggled to whittle it down - well done to Daniel, Jane and Bradley!" 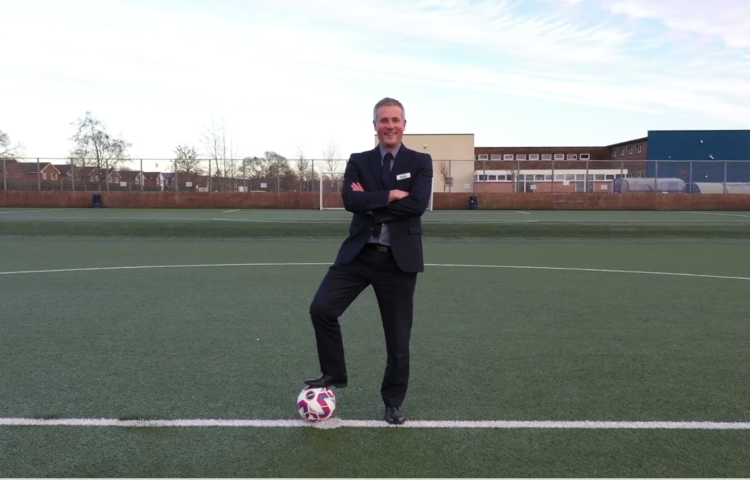