Back to outdoor sports 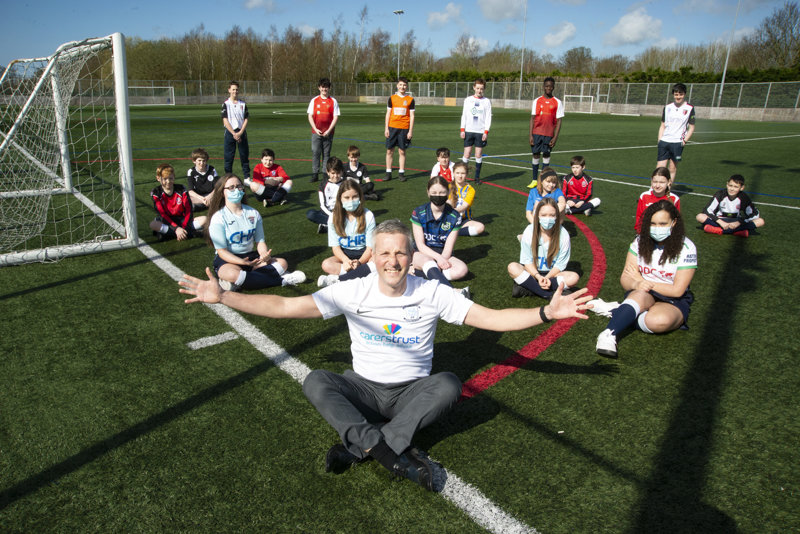 Thank you to all pupils for your patience through the week whilst our changing rooms were out of use due to facilities improvements in the Year 8 area.  As pupils had to come to school in their PE kit on Wednesday, Head of PE & Sport Mr Bullock, took the opportunity for pupils to promote their local clubs by wearing their team shirt for the day.

Pupils from all year groups came together for a photoshoot on the 3G pitch joined by Headteacher, Mr Eastham.  A former PE teacher himself, Mr Eastham admitted it had been a while since he'd played a match but reminded everyone who's the boss with 'Head' printed on the back on his team shirt!

Theo said: "We enjoy playing against each other for our local football clubs and trying to beat each other! There is a friendly rivalry. My team, Fulwood Amateurs, play in the top division and I play left back."

Shannon plays for her local football club: "I play left wing or up front. It's competitive."

Wednesday's event also coincided with the return of organised outdoor sports from 29 March, recent FA registration of Priory's 3G pitch and its availability for community hire.

Priory's 3G football pitch has been officially added onto The FA 3G Turf Pitch Register and will be recognised for three seasons as FA standard.

“For our 3G pitches to be approved by the Football Association is a huge boost,” said Head of PE & Sport Mr Bullock. “We have state-of-the-art facilities at Priory and we are delighted both pupils and the community can make use of them"

The pitches are available for the community to hire in the evenings and at weekends and can be booked from 29 March, with one-third of a pitch hire £30.

Assistant Head Neil Gee said: “To get FA approval is a reflection of the time and the quality of work which has been spent on the pitch. It means local teams can play a league game on it and the result will count.  We have already had an influx of bookings and we are really excited about both our pupils and the community making use of our fantastic facilities."