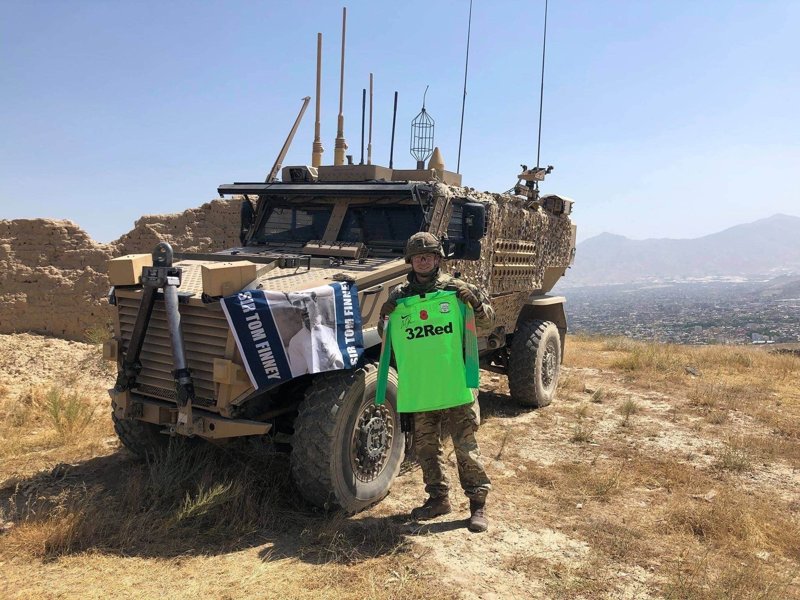 Carl left Priory in 2009 and after being made sports captain in his final year, representing Hodder house.  An early enthusiasm for PE - being taught mainly by Mr Eastham and Mr Gee - led Carl to enrolling at Runshaw College to further his education in sports.

After studying Sports & Exercise Science at Runshaw College, Carl went on to Edge Hill University to advance in the same subject.

Carl tells us, "From university I struggled to work out what I wanted to do for a career. I originally tried teaching with hope that one day I would be a PE teacher like Mr Eastham who played a big part in my time at Priory. However, I decided I wanted to follow my dream to join the army and was successfully selected in 2017."

During his time at the Infantry Training Centre in Catterick, Carl learned many skills from basic soldiering to advanced war fighting which qualified him as an infantry soldier. After his training he joined the Royal Regiment of Scotland and went to his battalion 4 SCOTS the Highlanders.  It was here where he was put into a rifle company and became a vehicle driver and gunner.

After being promoted to Lance Corporal, in 2020 Carl was deployed to Kabul, Afghanistan as part of NATO's Kabul Security Force.

Bringing us up to date, Carl says, "Since my deployment I have now joined the Pipes & Drums band within my battalion where I will be taking up my role as a drummer and an Assault Pioneer.  I have thoroughly enjoyed my time in the army and know that the discipline and teaching from Priory had a major effect on my life. The teaching staff were always supporting the students and making better people in the process."

Going forward, as a member of Priory's alumni, Carl looks forward to being involved with the school and watching it develop and mould the next generation of students.

Note: Priory's alumni are invited into school to support key events such as careers fairs, Options talks and mock interviews. For more information about our alumni please contact the alumni administrator, Mrs Yates by email at j.yates@priory.lancs.sch.uk