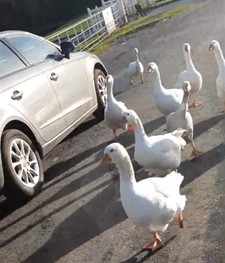 Earlier on in the term we had a focus on Mental Health and promoted this year's theme of 'Back to Nature' in order to suggest ways in which our school community could use the nature around us to improve our own mental health.

During long months of the pandemic, millions of us turned to nature. Research taken place during the pandemic showed that going for walks outside was one of our top coping strategies and 45% of us reported being in green spaces had been vital for our mental health. Websites which showed footage from webcams of wildlife saw hits increase by over 2000%.

Wider studies also found that during lockdowns, people not only spent more time in nature but were noticing it more. Nature is so central to our psychological and emotional health, that it’s almost impossible to realise good mental health for all without a greater connection to the natural world.

“This could be a year for positive change, for ourselves, for our planet and for the wonderful creatures with which we share it. A year the world could remember proudly and say, ‘we made a difference’" Sir David Attenborough.

Mrs Holland challenged pupils to follow in Sir David Attenborough's footsteps and send in photographs where they had been out and about enjoying nature.

Year 7 pupils sent in some great entries; from Alessia S's close ups of beautiful flowers to Kira S's picture asking for you to spot the Priory pupil! However the winning entry came from William B of his pictures featuring a cheeky monkey and some geese on the run! William received an iTunes voucher for his prize.