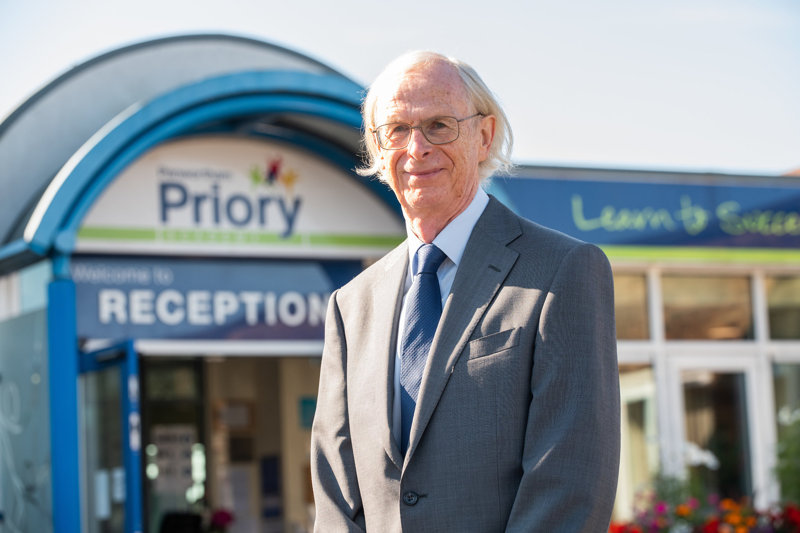 Dr Phil Range has stepped up into the Chair of Trustees role at Priory, replacing the long-standing Kevin Burke.

Phil was previously Vice Chair and he knows Priory well, living in Penwortham, and his son was a pupil at the school.

“My son was a pupil when Headteacher Mr Eastham was just starting out as a PE teacher!” said Dr Range, who is now retired having worked as the Director of Libraries and IT at Manchester Metropolitan University.

“It has changed such a lot since then and I enjoy coming into school, meeting the staff and pupils, looking at the lovely gardens and the whole environment.

“I have been a governor here for four years and am excited about my new role, it will be a challenge.

“It’s a great time to come in, just after the school was given the ‘Good’ Ofsted grading, and we will look at how we can move forward from there and make the school an even better place.”