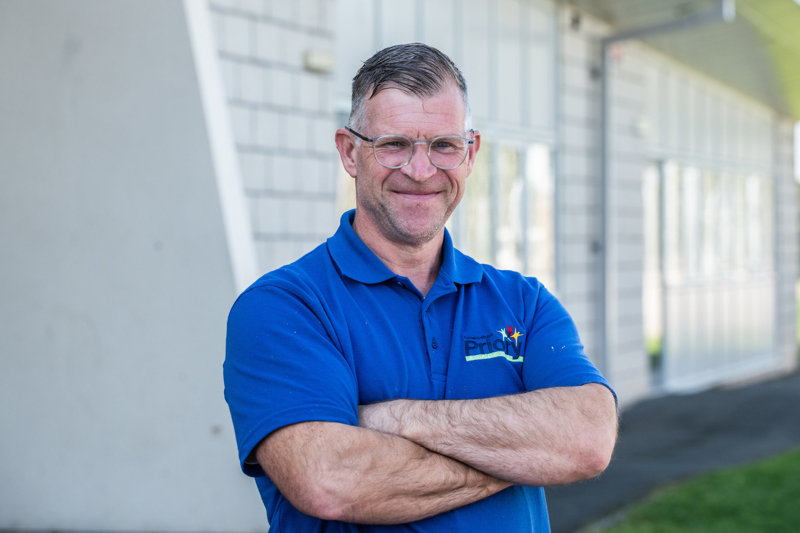 Former pupils have a habit of returning to Priory as staff – and Site Supervisor Andy Kolacz is the latest!

Andy was at Priory from 1985-90 and admitted he left with a lot of happy memories if ‘not a lot of qualifications.’

He worked in the motor trade, in the body shop and sales departments, but he saw the job as Site Supervisor advertised at Priory and decided he wanted to go back to school!

“I was at Priory in the 1980s, it was such a long time ago and I remember it being fun with nice teachers,” said Andy.

“No one is here anymore from my time, I think Mrs Lewis-Lavender was the last one to retire a couple of years ago who was here when I was. Mr Pearce was the head teacher when I came but he left during my last year at Priory.

“It’s a bit surreal being back, it’s so different. I remember the long G corridor, that’s a lasting memory,  it was a narrow avenue but it’s been separated now!

“The swimming pool was just being built, I remember that was the big story in my last year at school, and obviously it has all changed a lot.

“It’s a big site and I am glad to be part of the estates team. There is always a lot of work to do. I am busy and it's good to be back!"