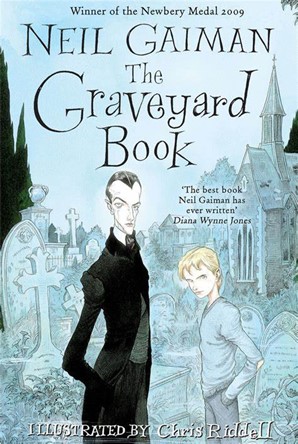 The Graveyard Book by Neil Gaiman

This month Humanities and AR teacher, Miss Ackers, has sent in her 'pick'...

I’ve had this book on my list for a while now as a lover of Neil Gaiman (I’m obsessed with Coraline and Stardust) so when I saw it in the library, I knew I had to read it! Coraline was one of the books that I read in high school and initiated my love for all things spooky.

The plot is based around a boy named Nobody who is left in a graveyard as a baby. The ghosts who inhabit the graveyard decide to raise him and teach him supernatural abilities. However, as Bod (Nobody) grows up, he starts to realise that the reason he was orphaned as a boy was that there is a killer out to get him, and he’s on the hunt for Bod again!

This book is spooky, witty, and full of action and will leave you wanting more. It’s a super easy read and if you like books with lots of suspense and supernatural elements, then this book is for you.