Year 7 speak out at competition 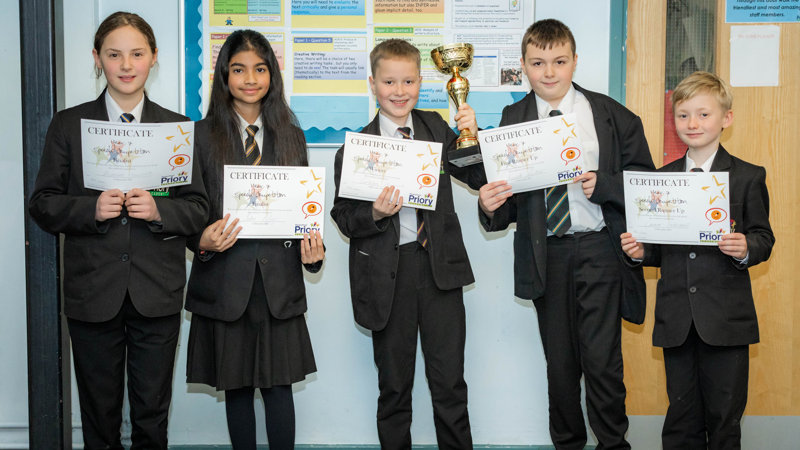 Over the last few weeks, all of Year 7 have been working hard to write and deliver a speech on a topic that’s important to them.  These speeches were then delivered to their class peers where the best were chosen to compete in Tuesday's final.

Head of English, Mrs Gidden, said, "We had to be strict to get it down to just one student from each class who were then selected to present their speech to the whole of Year 7 at Tuesday’s competition final.  Quite a scary challenge!"

Throughout the process, all students demonstrated incredible confidence and resilience.  Some were genuinely daunted but overcame their nerves and presented engaging speeches.  It was great not just to see the relief, but also the pride the students clearly felt in themselves and their achievement.

Our winner was Corbyn who talked passionately about Sir Alex Ferguson. 1st runner up was Jacob who talked engagingly about bullying and 2nd runner up was Connor who spoke about the dangers of energy drinks.

Head of Year 7, Mrs Farley said, “I found Corbyn’s speech interesting despite not being a Manchester United fan.  He spoke very clearly and included facts and figures; he was questioning and engaging. It was interactive and I liked that he had a different way of delivering his speech.”