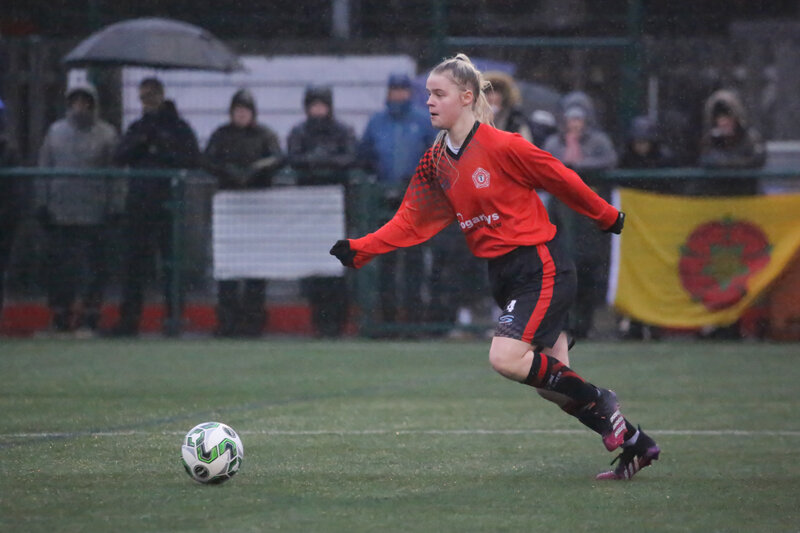 At the start of the half term break, on a very wet and windy Saturday afternoon, the U16s girls team faced Northumberland in the semi-final of the National County championships at Fleetwood Town FC’s Poolfoot Farm training ground.

Jazmin, who is the captain of the squad, led the scoring by netting the opening goal of the game with a stunning 25 yard shot. The game was not only a hard fought battle between the two teams but also a battle of the elements. On the blow of the final whistle the Lancashire red roses came out 3-1 winners, booking themselves a place in the national county final against Kent, and a chance to defend their national champions title from last year.

Dates and venue of the final are yet to be announced but in the meantime Jazmin and the Lancashire Roses will continue to take part in the Northern County competitions in the coming weeks.

We're amazingly proud of Jazmin who plays for Blackburn Rovers Ladies and continues to inspire the girls she coaches at Lostock Hall Juniors FC.