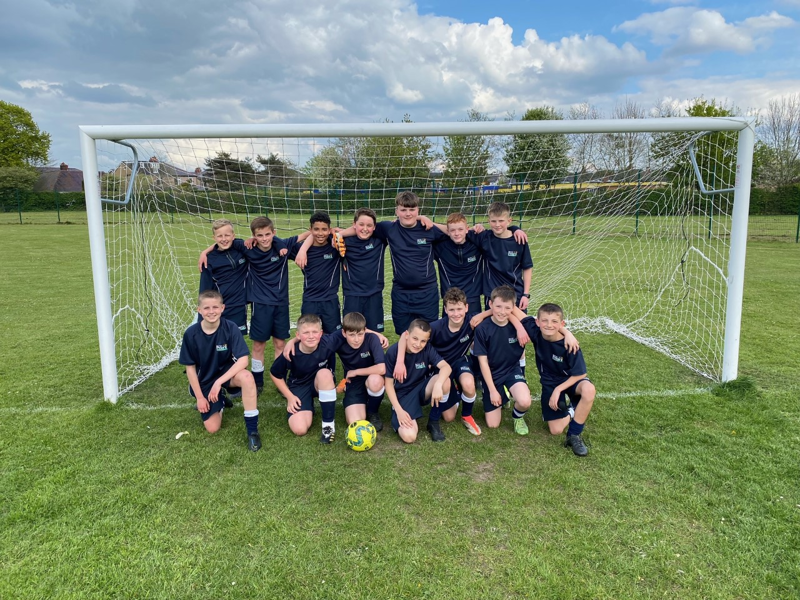 Monday saw the Year 7 boys' football team take on Worden Academy in the last game of the season.

The boys put on an exceptional performance, running out 4-1 winners on the day. The game started with both teams openly attacking, with some great football on display. The opening goal came halfway into the first half, with a corner from Ellis T finding the head of Taylor K who powered home from close range. The second came soon after, with a superb switch of play which found the advancing Aaron H who, with one touch to set himself, powered the ball home to double the lead. With the half almost at an end, there was just enough time to add a third. Louis H found himself in space on the edge of the box and with a low drive into the far corner made it three.

The second half saw play settle down, with both teams cancelling each other out. However, once again with some wonderful play the Worden defence was unlocked. The ball made its way out to the right and a lovely cross in found Aaran H once again who finished superbly with a volley into the top corner to make it four. There was still time for Worden to grab a goal minutes from the end, but ultimately a superb performance from all involved saw Priory take the points.

Man of the Match: A.Holland