Year 7 have a message for Year 6 pupils 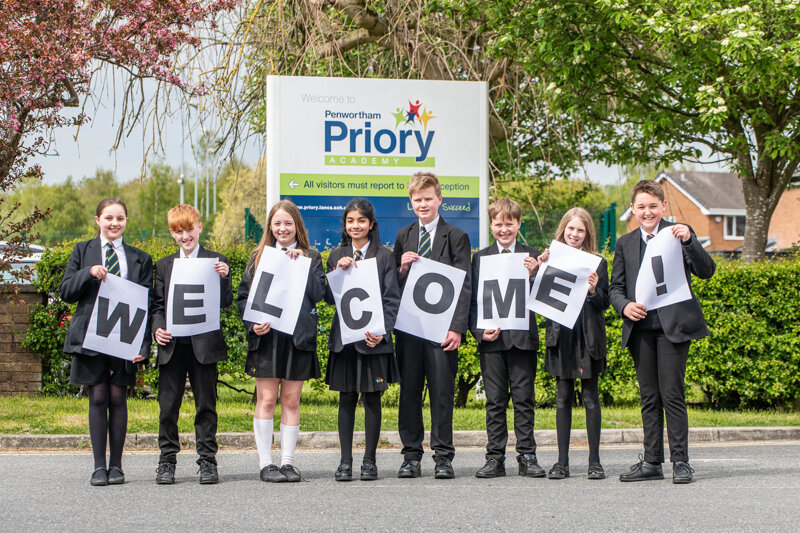 You will get a warm welcome at Priory – that’s the message from our current Year 7s to the new Year 6s.

Chloe said: “It’s been really good, the teachers are not as strict as I thought! Priory is a lot bigger than my primary school and we have to move to each classroom, which is different, but I am used to it now.

“My favourite subjects are Art, English and History.

Kayal admitted: “My first year at Priory has been interesting and fun. The lessons I have enjoyed are History and Computing.

Harriet said she got lost on her first days at Priory!

“I would advise Year 6s to keep hold of their maps at the start as I nearly got lost a few times!

“The classes are fun and enjoyable and I like Computing, PE and Maths and also play football and rounders.”

Bobby’s advice to Year 6s is to take part in as many sports as you can!

“I like football, cricket, rugby and my favourite subject is PE, as well as Maths.

“I would also say to talk to as many people as you can.”

Caleb admitted he was nervous when he first came to Priory.

“It is a big school and I was scared and nervous at first but I soon made a new bunch of friends and realised it’s alright.

“I like Maths and English, I took part in a Maths Tournament recently, and I also play basketball after school.”

Olivia said: “I have made a lot of new friends in my first year at Priory and learnt a lot. When I first came, I made sure I talked to a lot of people.”

“It’s all about enjoying yourself, making friends and making memories.

“To Year 6s, I would say do not worry about embarrassing yourselves, put yourself out there and roll with whatever happens!”

Josh added: “I enjoy History and I made friends easily. I was scared of the older and taller pupils but I got used to it!”

Aaron said: “I like PE, Maths, History and Science, my first year at Priory has been really good. I would tell Year 6s to work as hard as they can.”