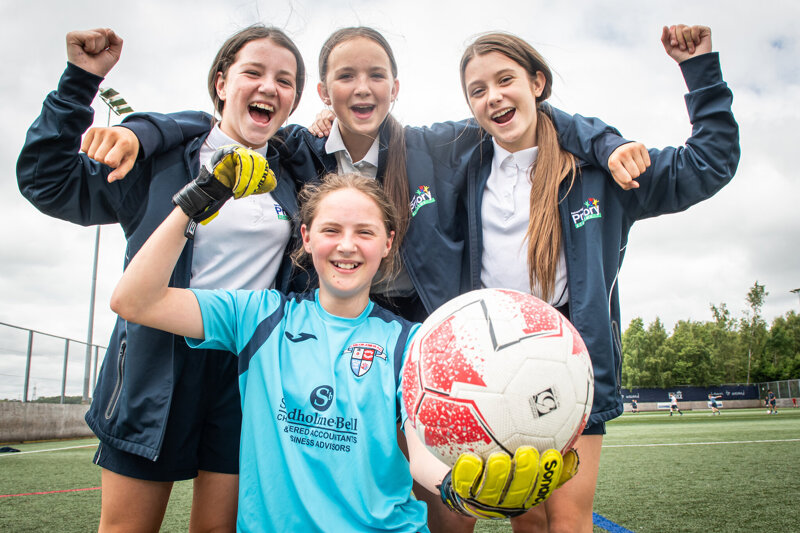 With the UEFA Women’s Euro Championships 2022 taking a grip in England, Priory PE staff are making sure our female pupils feel the sport fever.

Miss Beesley and Mrs Bullock recently took part in an on-line course called ‘Barclay’s Game On’ with the course all about promoting women’s football in school.

“It’s not just about the sport, it also has other values such as promoting team work, learning new skills, socialising and leadership. Football is a platform for all these," said Miss Beesley.

“We have received new equipment just for the girls to use and, with the Women’s Euros happening now in England, we are keen to build on the enthusiasm and excitement for this. We want to encourage girls to play football and remove any stigma that football is just for boys, and keep pushing it.

“Our Year 11 leaver, Jazmin Attwood captains Lancashire Under 16s and she is a great role model.”

Assistant Principal and PE Teacher, Mr Gee was part of the staff who attended the record-breaking game and said: “I have been to FA Cup finals and this was the best atmosphere I have ever felt at a football match. We took 70 children in a crowd of 70,000 and it was a brilliant experience. Everyone loved it.”