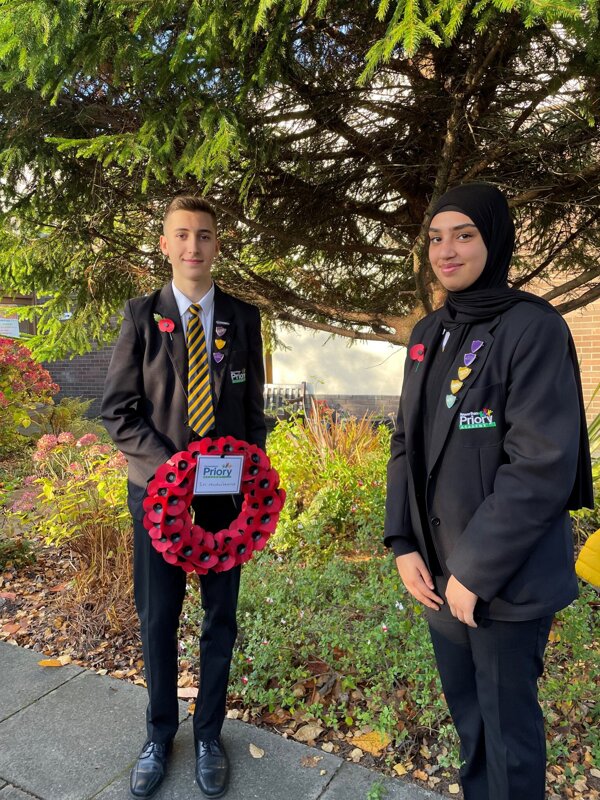 “They shall grow not old, as we that are left grow old;

age shall not weary them, nor the years condemn.

At the going down of the sun and in the morning,

we will remember them.”

After attending St Leonard's church, the pair, accompanied by their Head of Year Mrs Ham, walked to Liverpool Road to take part in the community service at Penwortham's War Memorial.  Fatima and Ben were also asked to read the names of some of the fallen before laying a wreath on behalf of the school.

It was a beautiful morning, well attended by the community, and one we were very proud to be apart of.

So what is Armistice?

Armistice was an agreement to end the fighting of the First World War as a prelude to peace negotiations.  It began at 11am on 11 November 1918.

Armistice is Latin for to stand (still) arms.

To this day we mark Armistice Day around the United Kingdom with a two minute silence at 11am on the 11th day of the 11th month.