We're over the rainbow with Wizard of Oz rehearsals 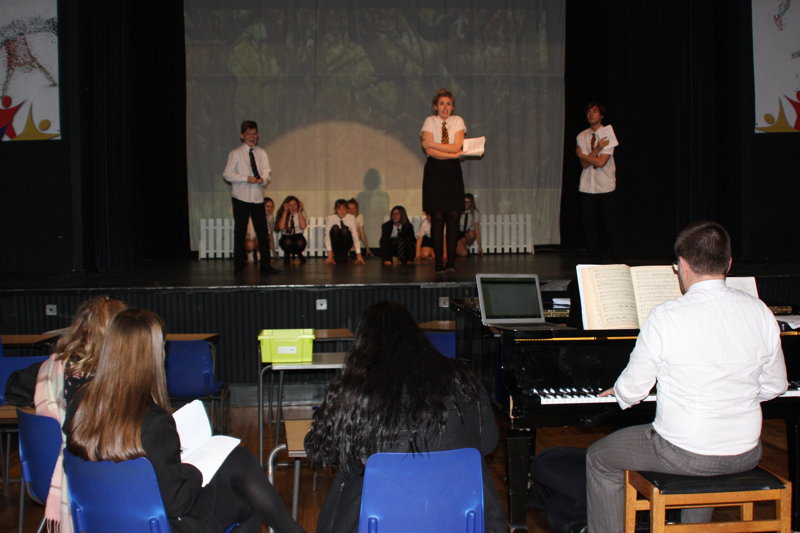 Rehearsals are well underway for our annual Christmas production.  This year we’re off to Kansas and down the Yellow Brick Road to perform the Wizard of Oz.
Pupils are pitching in to make or paint props and Mrs Hopes and her munchkins are going off to source costumes whilst the actors, musicians and dancers are practising almost every night to perfect their performances.
Mrs Hopes, Mr Hardcastle and Mr Taylor, the Creatives Arts Department leads, judged the auditions which resulted in Head Girl Lauryn Parker offered the starring roll as Dorothy, Head Boy Jack Sadler becomes the Tin Man, with Zak Hodkinson and Ben Russell as the Scarecrow and Lion respectively.
Time’s ticking away as the main showings are on Weds, 6th and Thurs, 7th December at 7pm.  Pupils from all our local primary schools have been invited to watch matinee performances.
Mrs Hopes, Head of Creative Arts, said “The whole production team of staff and pupils are working hard every night to ensure the production is our best yet.  Rehearsals are well underway, costumes being bought, props being made and the set continues grow in size.”
“This year sees the largest number of pupils involved in various aspects of the production, which will contribute to their Record of Achievement and PiXL EDGE certification.
Mrs Hopes continues, “Primary Schools are signing-up in large numbers to see the production during the day and we look forward to evening tickets selling fast. Thank you to the team’s parents, for their support the last few months, providing costumes and extended taxi services. I would also like to thank companies who have offered to sponsor the event. Their contribution has once again been gratefully received and allowed us create new set pieces and long lasting props. We look forward to seeing familiar faces and welcoming new visitors to the school.”