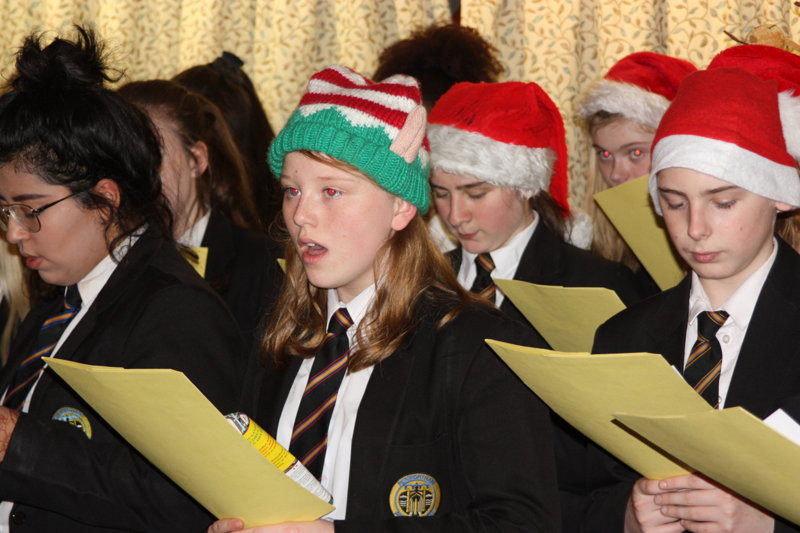 Thursday afternoon saw over 30 Priory pupils attending Longton Residential Accommodation to perform Christmas Carols for the residents there. A mixture of traditional carols alongside more modern pop songs were sung with interludes of piano medleys played by Joel Gardner, Lucian Florea and Colin Chan.
Year 10 pupil, Joel Gardner, had the chance to impress after his recent success in his Grade 5 music exam.
Mr Taylor, Head of Music, who accompanied the pupils said , “Our presence was very well received and it was so pleasing to be able to take such good numbers of pupils to offer some Christmas cheer to both the residents and the staff. We look forward to going again next year.”