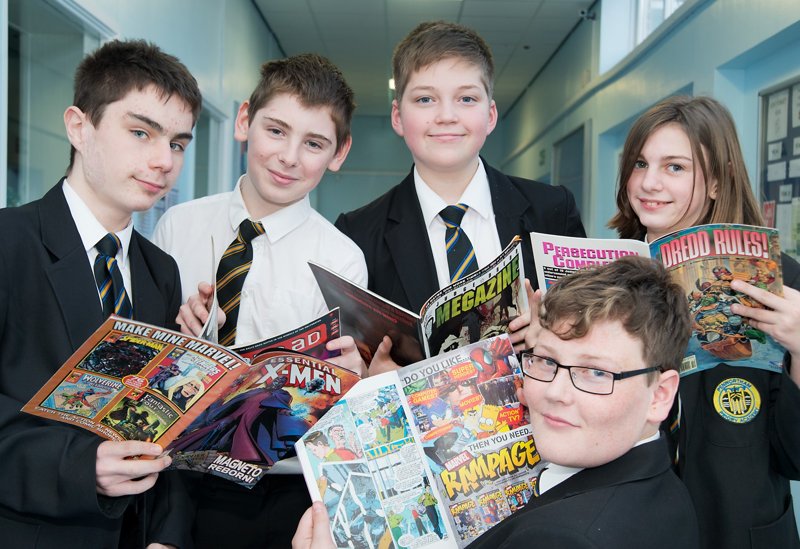 There is plenty of action and adventure in Priory’s Comic Book Club.
The popular club runs every Friday lunchtime where pupils can peruse the comics available or watch a super hero film.
“It is quite unusual for a school to have a Comic Book Club but the students love it,” said Learning Support Teacher, Miss White.
“It started last year when our former English teacher Mrs Hardman brought her husband’s comics in and the children enjoyed reading them.
“I carried it on this year and now some of the students have started collecting comics while we also spend time watching films such as Thor, Guardians of the Galaxy and Spiderman during our club.
“We had a rewards trip to a comic book store in Preston which the students thrived on.”
Year 10 pupil, Liam Heaton said: “I love comics as they are a bunch of different stories. There are different comics as well, like Manga comics from Japan or super hero comics. They are all different and they take you into a different world. You can get lost in them.”
This week pupils were treated to a visit to Preston’s comic book shop where they had the opportunity to browse the store, purchase merchandise and chat to the staff.  McDonalds for lunch was then in order before returning to school.