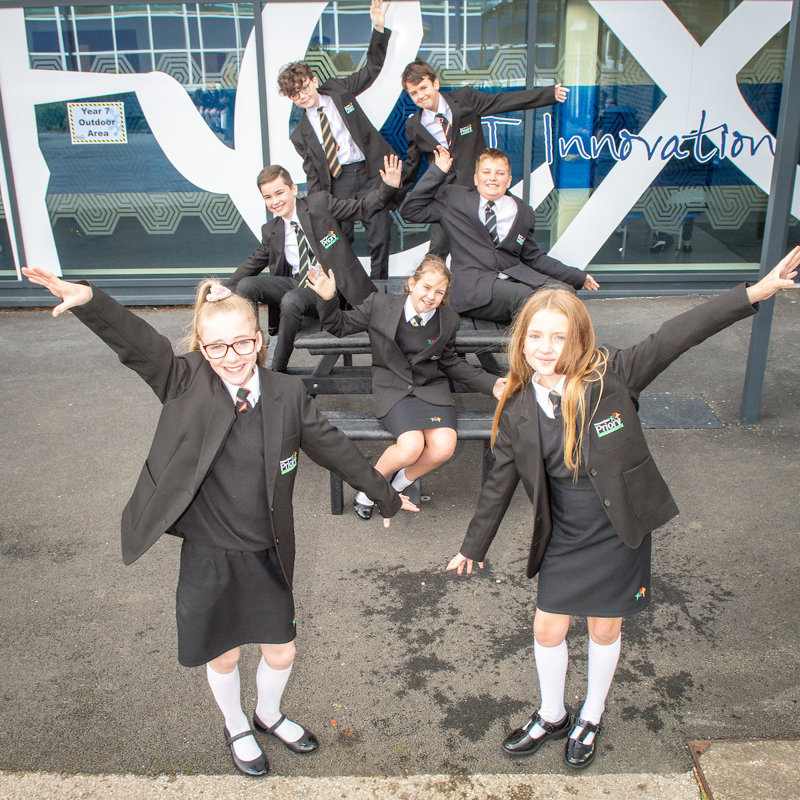 Head of Year 7, Mrs Bullock, has been impressed with how quickly her new year group has settled into school life.

Transition, due to Covid, has been different this school year but Mrs Bullock says everyone has adapted.  “Since March, I have spent the majority of my time emailing or ringing up parents, it’s not something we usually do but it was nice. We have a fantastic transition page on the website which was updated daily and I think that helped.  Pupils also completed ‘All About Me’ forms and some of them were hilarious to read, I loved them.

“In their first day, I didn’t see a single pupil crying although I did spot a few parents! There has been no major issues, a lost tie or bag but that’s been it. They have all adapted so well.”

New Year 7 Jane said: “It was different coming here but I have liked it. I made friends really easily. My favourite subject is English.”

Molly said: “I came to Priory because it’s close to my home and it’s unisex. My older brother came here and he is now going to university and my other brother is in Year 9.  I like technology, that’s fun, maths and PE so far.”

Jayden says high school life has been ‘cool’. “It’s been very good. I came to Priory because as a school, it has all I like to do. I like computing and maths and the facilities here for them are very good. I made friends easily and the food is very good!”

Aliyah said: “I was nervous before I came to Priory but when I arrived I settled in easily.  I have enjoyed maths, computing, technology and English so far. It is a bit weird going from the oldest kids at primary school to the youngest but I am enjoying it."

Phoebe added: “I came to Priory because of the school, teachers and pupils, it has a very good reputation.  I have a brother in Year 11 and a sister in Year 9 and they told me what to expect. My oldest brother also came here and left last year, he was Deputy Head Boy, so all my family has been here. I have a tough act to follow! I have enjoyed PE and Maths.”

Jolie explained: “I was scared coming to school as there was only one person from my old school. I didn’t think I would be good at making friends but I made friends straight away. I came to Priory because it’s unisex and I have a sister in Year 9 and another one who has left.  My favourite subject so far is technology.”