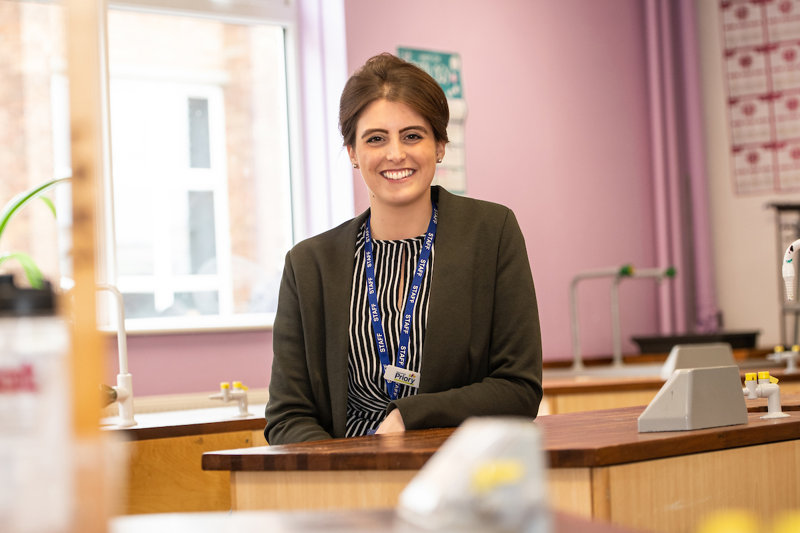 It’s a dream to be awarded a coveted Blue Peter Badge – and Priory pupils are working towards being presented with the green version.

Science teacher Miss Nouraghaeii is working with her Year 7 and Year 9 classes to achieve the green Blue Peter Badge and have agreed their four class pledges which they will work on over the next two weeks.

“I decided to introduce it to my Year 7 class and then I asked my Year 9s if they wanted to do it and they were equally enthusiastic! Many students had stories to share, showing how they are already working hard to look after our planet and fight climate change.” said Miss Nouraghaeii.

“There are four pledges on Power, where pupils switch 30 minutes of screen time for 30 minutes of outdoor time; Plastic, sorting out the rubbish recycling at home carefully; Plants, save water by turning off the taps when you brush your teeth, and a Supersize pledge.

“Our Year 7s Supersize pledge is to eat more vegetarian food while our Year 9s will switch off the lights and devices when leaving the classroom or building.  We want them to see how, by making small changes, they can make a difference to the climate.

The aim is to keep doing these pledges for at least two weeks and during this time pupils are asked to take pictures and create posters to evidence that they are completing their pledges.  Pupils will also encourage others to do their bit for the environment and the climate.

“Pupils have to provide me with photographic evidence of them doing the pledges and promoting a greener environment.  Then I send the evidence off and pupils will receive a green Blue Peter Badge."

Pupils should send their evidence via Teams or email f.nouraghaeii@priory.lancs.sch.uk and bring in any posters they create. Parents are encouraged to show their support.