Read for Good - the final story 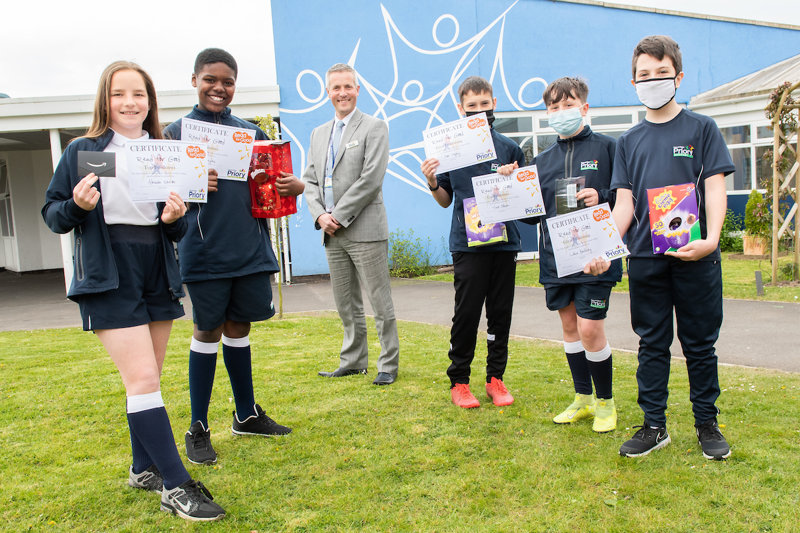 Priory enjoyed a Read for Good Readathon before half-term and raised a staggering £1,000 for the charity.

Read for Good encourages children to read through its unique motivational approach, inspiring reluctant readers to give reading a go and keen readers to read more widely.

Pupils can choose whatever they want to read - from comics to classics and audio books to blogs - they are not being assessed; it’s all about reading for fun.
Even better, they are motivated to read because the money they raise in sponsorship helps to provide a regular supply of new books and a resident storyteller to every major children's hospital in the UK.

“Read for Good is a charity which buys books for children in hospitals as obviously second-hand books can’t be used due to infection,” said English teacher Mrs Elliott.

“We just wanted Priory pupils to read whatever they want, from a recipe to a newspaper, to a chapter of a book to a whole book, and get sponsored to raise money for Read for Good.

“It’s all about helping their enthusiasm for reading and reading for fun, for a good cause.

"It's incredible that pupils raised £1,000 and it shows what is achievable in these challenging times. Books can be escapism when you are in a hospital bed and so, at Priory, we are more than happy to support this cause and will be doing it again next year and aiming to raise more."

Year 7 DaMari raised the most money with £85 and was given a giant Easter egg and a £10 Amazon voucher.
"I read two books during the week, Crater Lake was one, and my family and friends sponsored me," said DaMari.
"It's a really good thing to do to give books to people in hospital so I wanted to take part."

Year 8 Theo was sponsored for £65 and was given a £10 Amazon voucher from Headteacher, Mr Eastham.  "I read three books altogether during the week," said Theo. "It's a very good charity as it's upsetting being in hospital but nice we can buy books for patients to read."

Year 8's Joe and Luke were given an Easter egg after being randomly picked in a lucky dip of all the pupils that took part.