Year 8 pupil brings his story to life in History 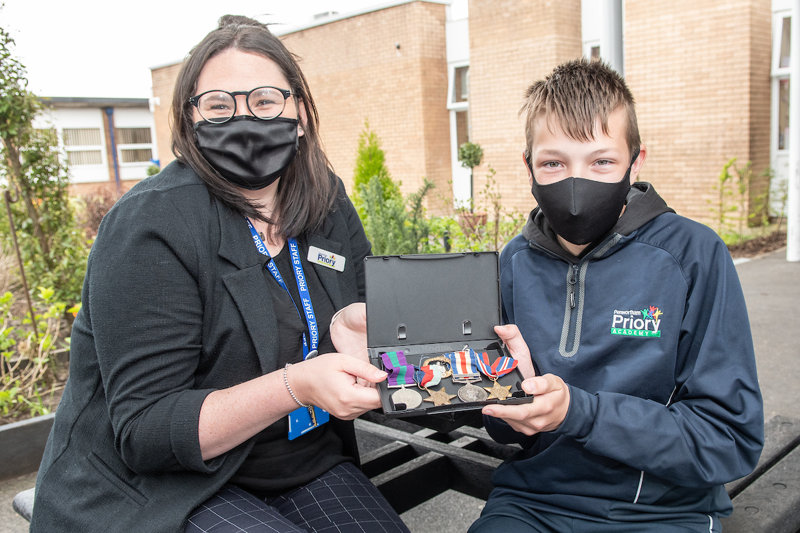 His class, under Miss Ackers, have been studying World War 1 in their lessons.

Cyrus loves history and wanted to bring in the medals awarded to his great-grandad Gwilym Lloyd Jones, now owned by his grandad.

Private Gwilym was in the South Wales Border Regiment and served in France, Germany and Cyprus.

He was wounded in France by shrapnel and, at the end of the war, was stationed at Fulwood Barracks where he left the army to become a cotton worker and stayed in Preston until his death in 2009.

“I am very proud of my great-grandad,” said Cyrus. “I brought his medals into school and they include the France/Germany Star, the 1939-45 Star and one from Cyprus. “He has inspired me and I want to join the army. We had been learning about trench foot in lessons and that sounded disgusting!”

History teacher Miss Ackers said: “We are currently studying World War 1 and have just had lessons on what life is like in the trenches and what it was like to be a soldier.

“Cyrus has a keen eye for history and asked if he could bring the medals in and, even though we won’t be studying World War II until next year, it was great to see them and how proud Cyrus is of his great-grandad.”