Year 10 Jazmin is Heading To the Finals Too! 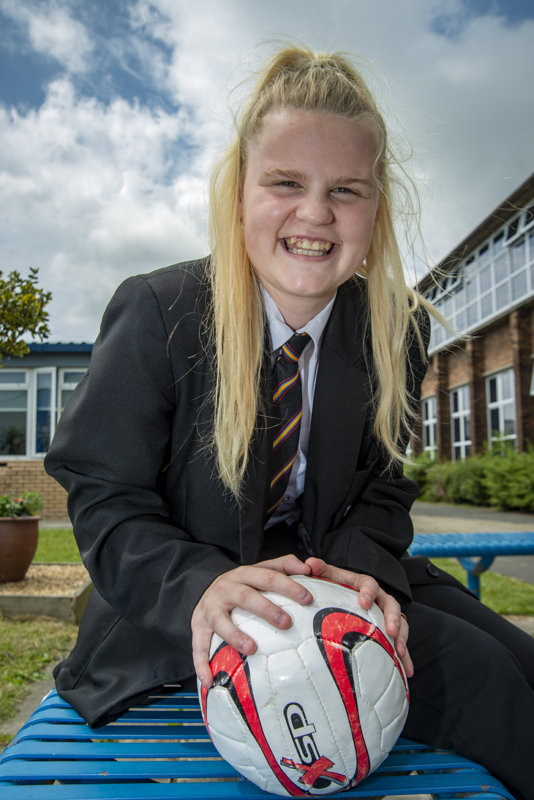 Talented footballer Jazmin is hoping to help her county to success as part of the Lancashire Schools FA Under 16 girls squad which has reached the national cup final.

She started her career at Lostock Hall Junior FC before making the move to Blackburn Rovers where she has recently gone back to training following the relaxation of Covid restrictions.

“It has been hard during lockdown as we couldn’t play matches but we had to stay fit and there were some one-to-one sessions,” said Jazmin.

“It’s a long time since I have played a game for Blackburn Rovers but we are back in training now.

“We played for Lancashire in the semi-finals recently to reach the finals where we will play Middlesex, although we don’t know when or where yet.

“I have qualified for two national finals before – we lost on penalties as Lancashire Under 14s but the one last year we didn’t play due to Covid. Hopefully we can win this one!”