Finally it's back of the net for Jazmin 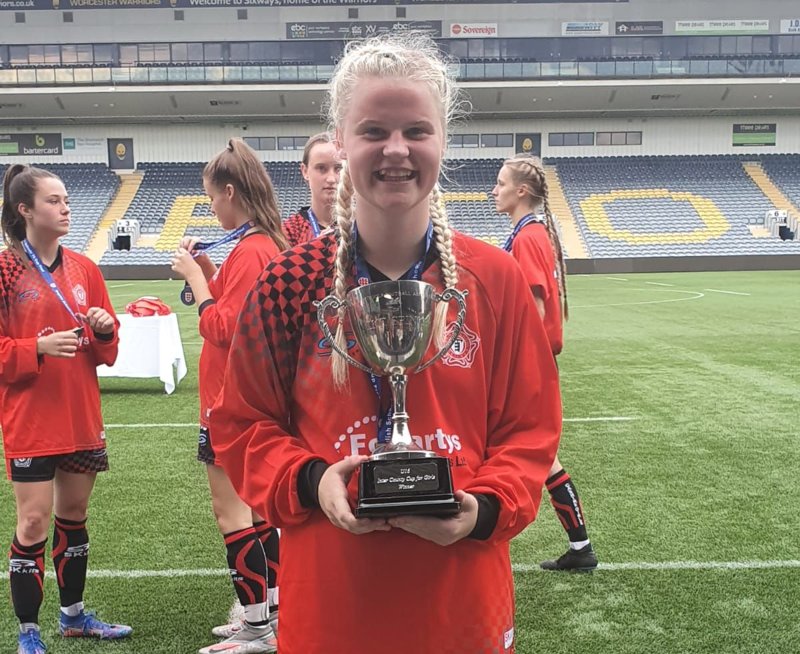 Well done to Year 11 pupil, Jazmin, who was part of the Lancashire Schools FA Girls Under 16s squad who were successful in winning the Inter County National Cup last weekend.

The game was broadcast live via ESFA TV on Sunday when the girls played against Middlesex SFA at Sixways Stadium, Worcester.  The game ended 3-0 to Lancashire - an amazing result for Jazmin and the rest of the team!

A proud dad said: "It was quite surreal to hear the commentator talk about your daughter on the TV.  Jazmin has loved the journey this year representing Penwortham Priory Academy nationally with pride and always passion. It tops off a fab few weeks as two weeks' ago she was also named Blackburn Rovers' RTC U16s Captain."

Jazmin has qualified for two national finals before, losing on penalties as Lancashire Under 14s and then last year the squad didn’t play due to Covid. It was truly a case of third time lucky!