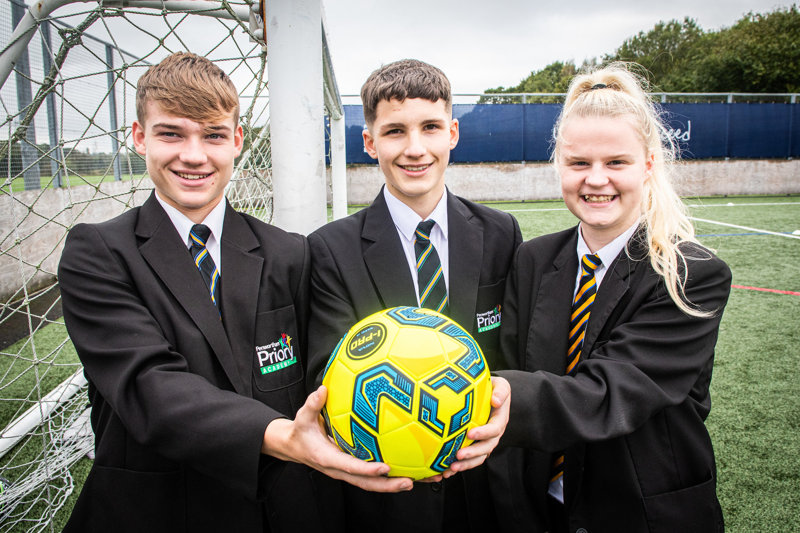 Penwortham Priory Academy are celebrating a hat-trick of county call-ups.

Year 11 Jake B and Year 9 Mason McK have been called up to Lancashire for the first time while Year 11 Jazmin A has been made the captain of Lancashire Under 16s this season.

Jake, 15, is a right back and unusually is not at an Academy – believed to be the only player in the Lancashire Under 16 squad who isn’t at a professional football club.

“Priory put me forward for trials which were in Blackburn and I had to miss the second one due to Covid but got an email to say I had made the squad which I think is 22 players," said Jake.

“I am very honoured to be selected. I think I am the only player not to be at an Academy.

Mason, 13, is at AFC Fylde Academy and plays for Euxton Villa.  The striker has been selected for the Lancashire Under 14s squad.

“I went for the first trial at Blackburn and they cut it down to 32 and then a final trial and I made the final 19.  I have been at Fylde for a year and I really enjoy it. I am fast, I have a good shot and I like scoring goals!”

Jazmin has been a regular for Lancashire and has played from Under 14 level. She helped her county win the ESFA Under 16 Girls Inter County Final against Middlesex in September.

The 15-year-old, who is at Blackburn Rovers, has now been made captain of the Under 16 side for this season.

“The coach took me to one side at our first training session this season and told me and it’s a huge honour. Hopefully I will be lifting some trophies this season!”

Head of PE & Sport, Mr Bullock said: “It’s unbelievable to have three county players in school. It’s amazing for Jake to be a non-Academy player and get in the squad as well, that’s unusual and it’s superb for him.”