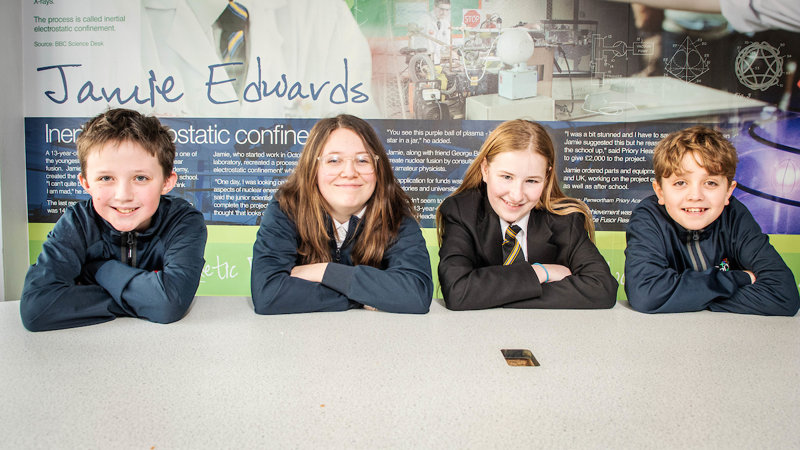 Each school day in December, pupils had to answer a tricky question.

For Year 7s, 8s and 9s it included providing a key term to questions such as: “A potential source of harm is known as a …..” “An object that orbits a larger object is known as a…”

Year 11s also took part and had different questions which were set as part of their homework to help with their revision.  These encouraged pupils to revise in regular small chunks, rather than last minute cramming, in preparation for their GCSE examinations.

Head of Science Mr Bedford, who had the idea for the concept, said: "The idea behind the advent calendar is to get Year 11 students into the habit of regular small chunks of revision. Evidence suggests this is far better for long term retention and understanding than a last minute cram over the few days before the exam. It's great to see so many of our Year 11s buying into that, the calibre of entries this year was better than ever before which made it really difficult to pick a winner. Ultimately, I had to short list the best entries in terms of effort and correct answers, then asked our science technician Mr Evans to select four winners at random. Congratulations to the winners, but well done to all of those who submitted their work. Continuing with the approach of a little often will lead to good results in the summer.

Every pupil who completed the calendar received coveted achievement points while there were also extra prizes for the winners.

They admitted it was a tricky science quiz but they learnt a lot from it.

Oliver said: “Some were quite hard but I got the majority of the answers.”

Emily said: “I learnt a number of definitions from it.”

Charlie added: “I enjoyed the quiz as I did it as part of my homework. I knew a lot of them but did need a bit of help on some.”

They received a £10 Amazon voucher as well.

Assistant Head of Science, Miss Nouraghaeii said: The Key Stage 3 advent calendar was used to recap and reintroduce key scientific terms that the students will use throughout many of their science lessons. Lots of these terms were introduced to the students in the first term of Year 7 so it’s great to see so many were able to understand the definitions and recall these important terms. With so many great entries it was difficult to select just four winners! Well done to all of the students who entered the competition!

This was also an interhouse competition with Calder coming first, Ribble and Hodder joint second and fourth was Douglas.