Oliver is making his mark as a squash player 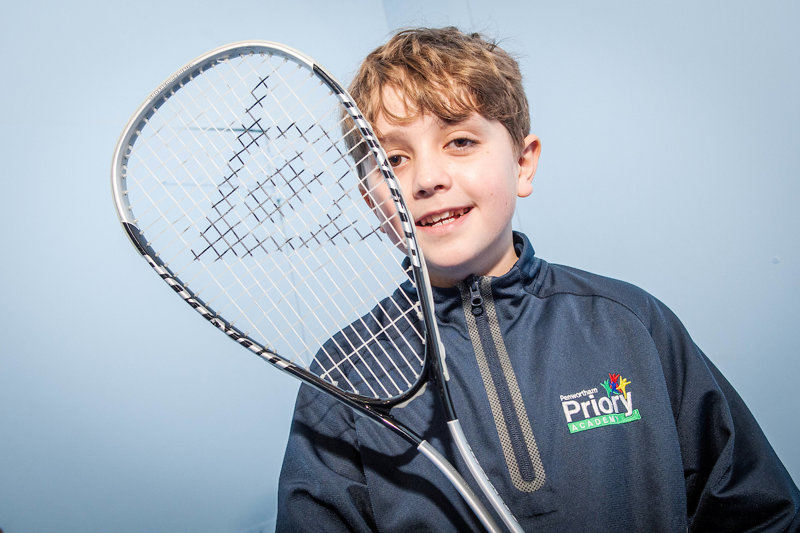 Last week we met up with five of our sporting stars - Oliver, Umar, Phoebe, Martha & Jack - whose dedication and hard slog is getting the results they deserve.

Oliver is making his mark as a squash player and now wants to share his knowledge!

Year 8 Oliver has been playing squash for a while, getting into it through his brother and playing at first at Penwortham Leisure Centre.

He moved onto Leyland Leisure Centre before he registered with Preston Grasshoppers Squash Club.

“I started to realise I was quite good when I was playing against my dad and I was winning loads of points against him!” said Oliver.

He has since represented Lancashire at Under 13, 14 and 15 level and plays in adult league at Grasshoppers, a ladder league, where he has overcome a lot of players who are older than him, reaching League 6 of their 7 divisions.

“I enjoy squash because it’s competitive and fast.

“To play you have to be agile, be good at stretching, be fast and quick-thinking.

“I train three times a week and I play a tournament around every month and I compete on my own and as a member of a team.

“I will be doing some coaching training soon as I enjoy it so much, I want to give something back.”