Year 7 & 8 tackle with success at rugby 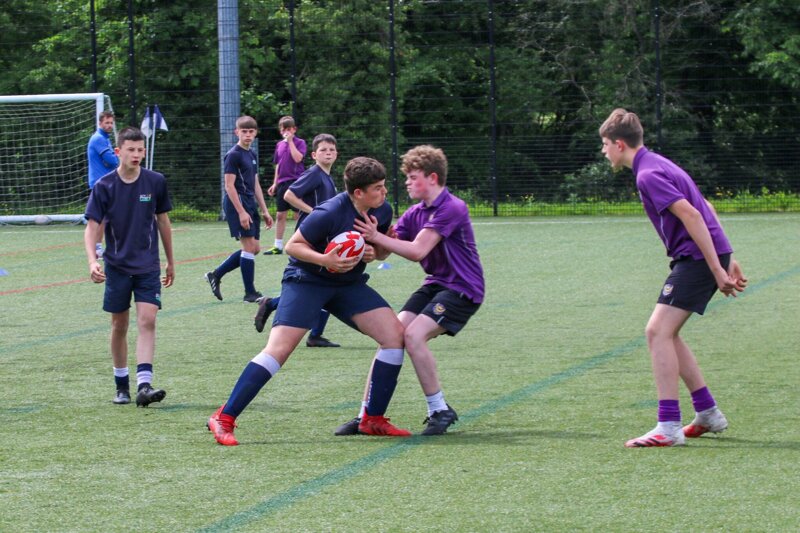 This was the culmination of five weeks of training with Ryan Allen from PNE Community & Education Trust’s Rugby League Development Team.

Priory started strong in their first game against Lostock Hall, running in 6 tries, before a 2 try defeat to All Hallows. A strong performance in the last group game against Brownedge St Mary’s set up a repeat against All Hallows in the final. This game was much more competitive with strong tackles from both sides. Despite edging the attacking play, a last minute try secured an All Hallows’ win by only two points, with a respectable second place to Priory.

It has been great to see a number of pupils starting to join the newly formed Preston & South Ribble Rabbitohs based at Withy Grove Park, Brindle Lane, Bamber Bridge.

If you are interested in finding out any more information, please email Ryan Allen at PNE CET ryan@pne.com