Pupils speak out to come third in Rotary competition 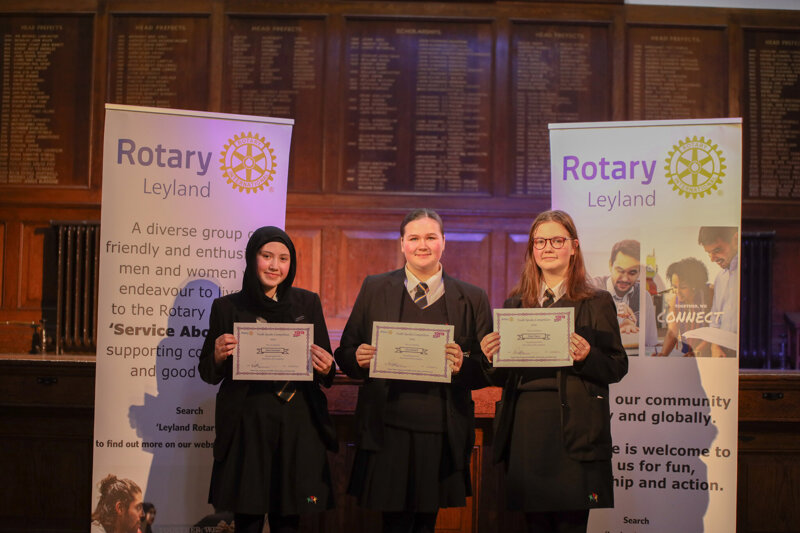 Earlier this month, three Year 10 pupils took to the stage for an annual Rotary Club Speaking Competition and were awarded third place.

The well-established competition is organised by Rotary International in Great Britain and Ireland and took place at Balshaws High School, Leyland, on 15 November.

Assistant Head of English, Mrs Robinson-Ali, who helped to coach the team alongside Mrs Gidden, said, "The team put on a real showstopper for us and did us proud. Grace introduced the speech with confidence and made the audience laugh with her one liners. Olivia spoke passionately on the topic of race discrimination and used some impactful pauses to hook her audience, and Aisha was our vote of thanks, summarising the speech and offering her opinion.

The team of three were asked questions at the end of their presentation and each responded maturely and were able to give very thorough answers off the cuff.

But the team couldn't have done it without the support of Lucy and India who were brilliant cheerleaders, as they have been throughout the rehearsal process.

Mrs Robinson-Ali summed it up by saying, "It was a pleasure to see them up there, giving it their all and doing Priory proud!"