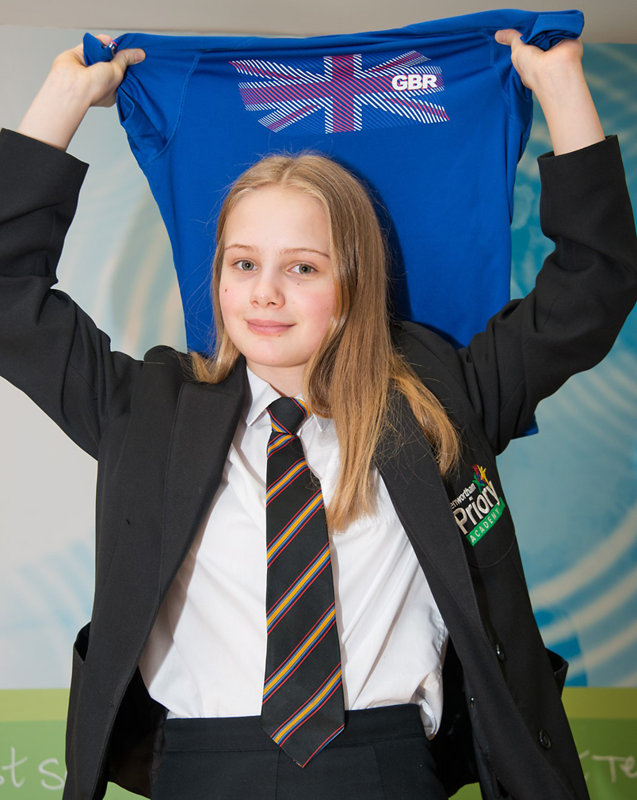 Synchronised swimmer Libby Taylor is hoping to secure a place on the prestigious England Age Group squad for 2018.
Year 9 pupil Libby, 13, has already earned a place again on the England Talent Squad for the new year. But she can take an every bigger step in her synchronised swimming career by coming through some tough trials and snatch one of the two remaining places on the England Age Group squad.
“I had to finish in the top 20 nationally to get a place on the England Talent Squad again,” said Libby.  “The competition was in Gloucester and I came 18th but I was really ill during the trial with sinusitis so I was relieved to regain my place.
“I have been invited to a trial for the Age Group Squad in February and six of us will compete for the two remaining places so it is quite tense.
“It’s for 13-15 year olds so I will be one of the youngest, but it is prestigious as, if I am part of the squad, I will travel to Croatia and Seville to take part in European tournaments in the summer.
“It will be tough in the trials but I am fully recovered from my sinusitis so I feel I can give this my best shot. I am really excited about the trials and what it could mean.”
Libby trains almost every day either at the City of Salford club, Blackpool or in the gym.
The school wishes Libby lots of luck for next month’s trial and we look forward to reporting on how she gets on.