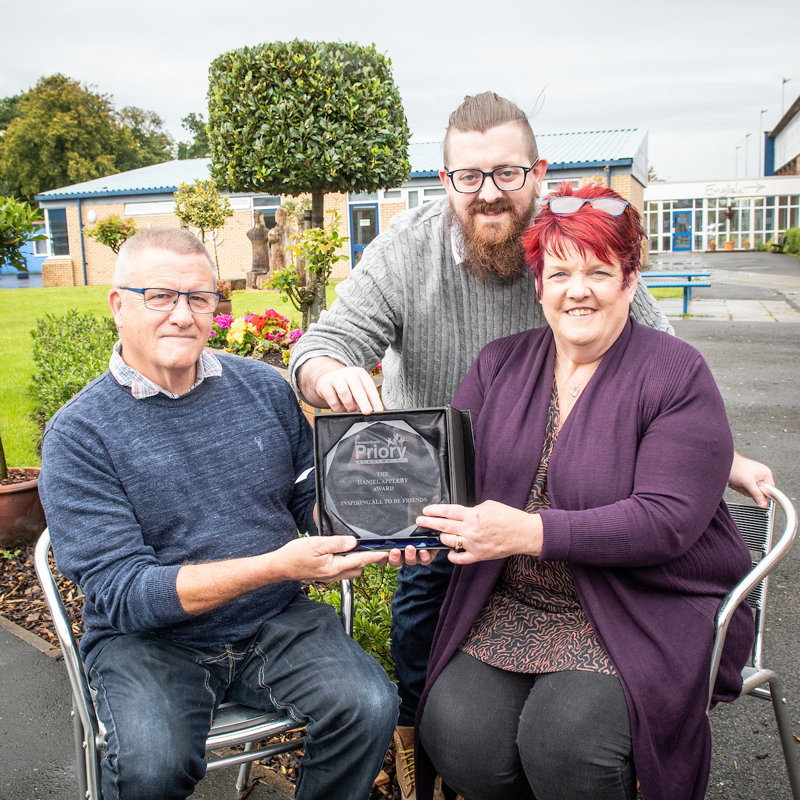 he family of Daniel Appleby have brought in this year’s plaque which will be presented to a pupil for friendship and kindness.

It’s been awarded every year since Daniel died in 2017, following a brain haemorrhage linked with diabetes, which he had since he was 11 years old. He attended Priory from 1997-2002.

Julie said: “We want Daniel to be remembered in places that were close to him and Priory was one.

“He loved school, his illness meant he couldn’t always be there but he got a lot from his friends staying in touch with him while he was at home.

“He was inspirational every day, he worked so hard and, while he didn’t leave with fantastic qualifications, he left with a work ethic which helped him become an apprentice electrician.

“We present this award every year and it’s not for academic success, it’s for a pupil who has not let anything hold them back, like Daniel didn’t.

“It’s for someone who is an inspiration, who gets on with things no matter what they are experiencing in their lives.”

Geography teacher, Mr Watters, who taught Daniel, will help to select the pupil who will win this year’s award.

He said: "Dan Appleby was one of our most friendly, positive pupils, the life and soul of his year group. He was most popular with peers and staff alike as he was always there to ask if anyone needed help."

"Dan came away to Belgium on one of the many combined Football and WW1 History tours. He was voted 'tourist of the tour' by the whole group, typical of how we all felt about Dan.

"The Appleby family have remained great friends of Priory. When we were messaged about his passing there were many tears in the staff room. Dan's family have held a number of events to help raise money in his memory. Priory has hosted a very successful family sports challenge day where many of his school pals joined to run and fall over the many varied obstacles.

"The new plaque will be awarded annually to recognise the leaving Year 11 who has promoted the same warmth of positive friendship that Dan did throughout his years at Priory. Dan will always be part of our Priory family. We thank the family for their continued kindness to Priory.

"On a personal note, if we all strive to add one act of kindness every day, we will all keep the memory of Dan Appleby alive every day." 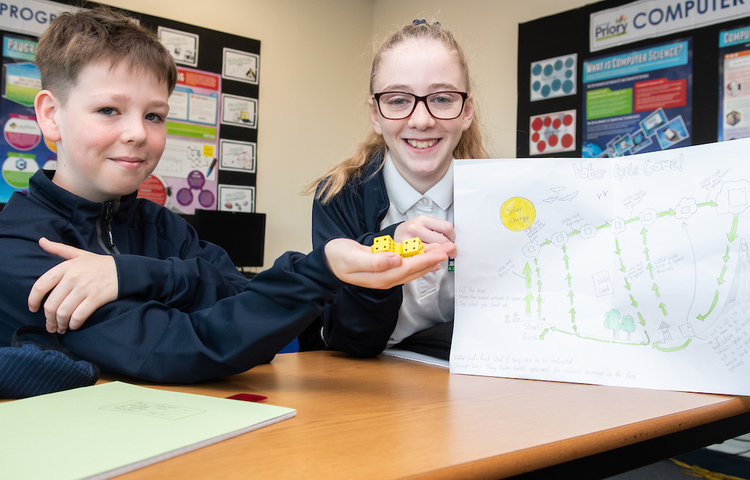 Geography's all a big game to year 7 pupils