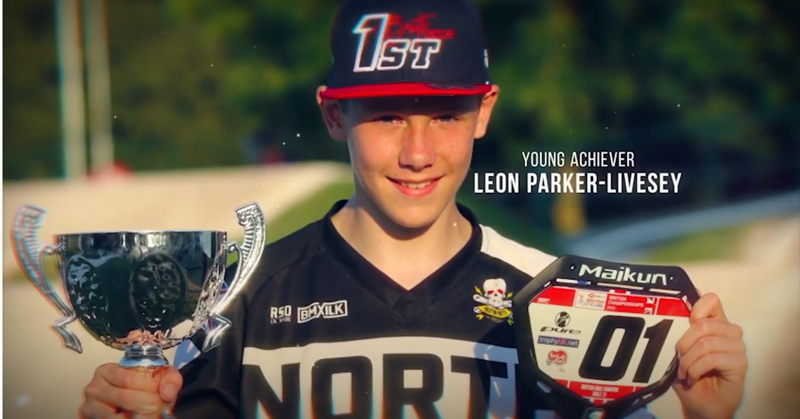 Congratulations to Year 11 pupil, Leon as he was crowned the Young Achiever (under 21 years) at the Preston Sports Awards last Friday for At the live-streamed online event, Leon was one of four shortlisted candidates up for the award and, unbeknown, was also competing against another Priory pupil, Phoebe.

The GLL Preston Sports Awards, organised by UCLan, are now in their 15th Year and were due to take place in March.  Hosted by ITV Granada's Paul Crone, there were 13 categories up for grabs.

A keen BMX biker from a young age, Leon has risen through the ranks at Preston Pirates BMX Club to become North Region and British Champion. In addition, Leon qualified to represent Great Britain at the World Series BMX racing which was due to take place in Huston, Texas, this spring. Leon is always supportive towards his team mates and younger riders and became a mentor at Preston Pirates before he was invited to train with the National Skills Development programme as part of British cycling.

Despite the lack of competition this year, Leon continues to train both on and off the track, in all weathers, to maintain his skills and fitness in preparation for future events and races.  Leon's ultimate goal is to gain a place on the BMX GB Team and compete in the 2024 Olympics.

Mum said, "Leon is maintaining his commitment which is admirable. I was delighted he gained this award".