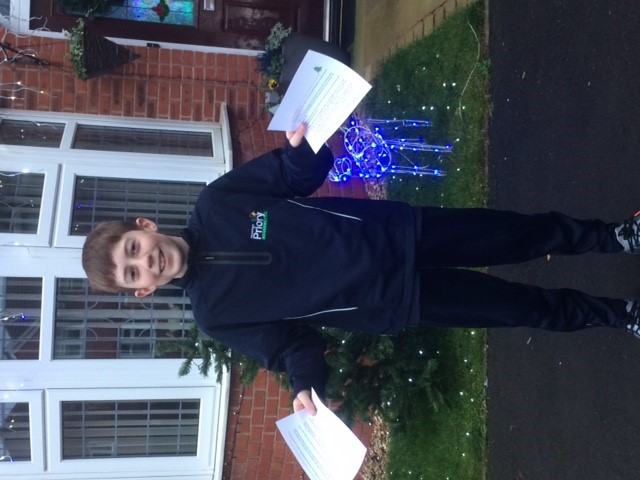 There's no stopping Leon as he continues his charity work...

The Year 8 young carer is in the midst of fundraising for Handicapped Children's Action Group (HCAG), a charity that has recently supported his brother.

Leon's brother, Lewis, has complex needs and has endured a particularly difficult time during lockdown.   Missing school for nearly 7 months has impacted on Lewis which has unfortunately led to him developing a new seizure condition.

Mum said, "We thought how can we cheer Lewis up and rebuild his confidence going back outdoors so we applied to a charity for a special needs adapted bike and it’s just been granted! We are over the moon. It should arrive next month."

To show his gratitude to the charity, Leon delivered 100 leaflets to his neighbourhood last weekend after the family decorated their house with Christmas lights.  The leaflets explained Leon's intention to give something back to the charity and asked them to donate what they could.  So far he's raised a whopping £150!

With the support of Mrs Bailey, Head of Year 8, Leon is continuing his fundraising quest by planning his own quiz in school which he hopes pupils in Year 7, 8 & 9 will get involved with.

Pupils are asked to pay a small fee to enter the competition and there will be a prize for the winner.  Details to follow! 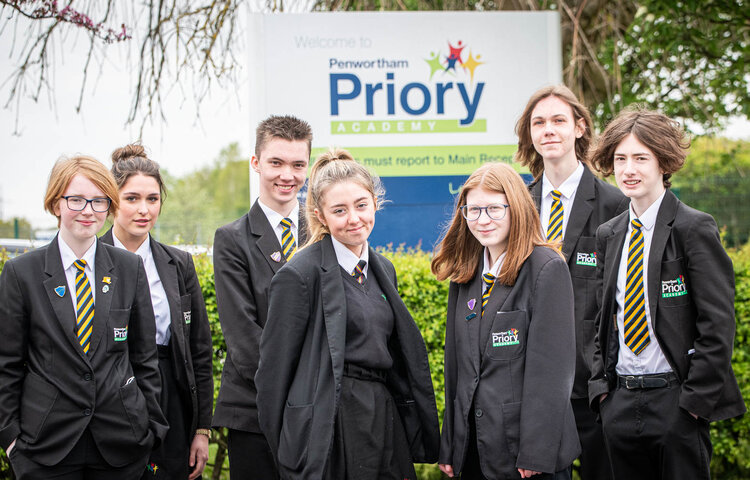