History pupils take a trip back in time 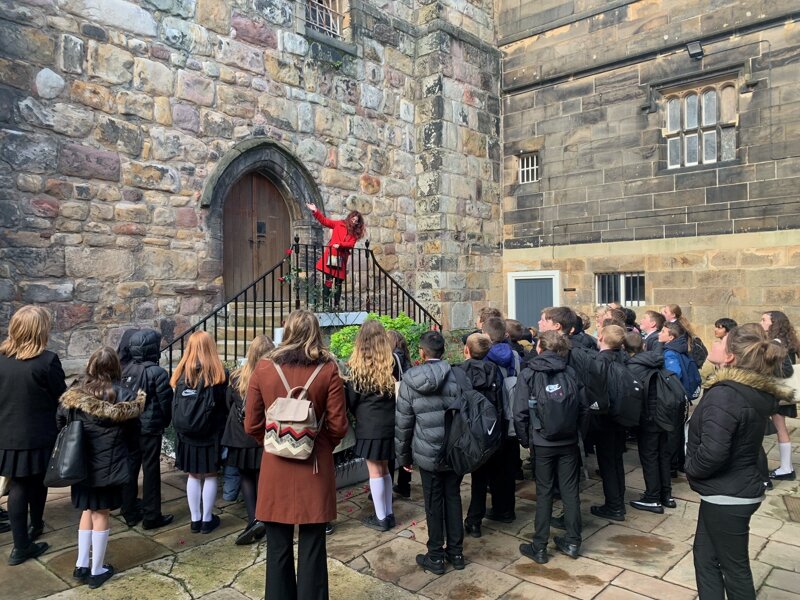 Pupils were visiting the city as part of their study of Medieval history and, whist there, they had the opportunity to explore Lancaster Priory and the Castle.

We were fortunate to have Andrew, a superb tour guide at the Priory, where he spoke about its Roman, Anglo-Saxon and Medieval history. He showed us the 14th century choir-stalls which are the second oldest in England - and priceless!

After some free time in the city centre, we then took a whistle-stop tour of the castle. The castle dates from the 1100s and is still a functioning court building although unbelievably, its time as a prison only ended in 2011.

Pupils got to wander the Medieval castle keep and the Victorian prison wing but it was the chance to be locked in an 18th century cell that grabbed their attention the most. Those brave enough to accept the challenge ventured inside the cell, the doors were bolted behind them and the lights turned out, much to everyone's excitement!

It goes without saying that our students were excellent ambassadors for Penwortham Priory Academy, and the History department is already looking forward to our next trip to Quarry Bank Mill with Year 8 pupils in Spring 2023.