In memory of Mrs Wragg - Strive for the highest 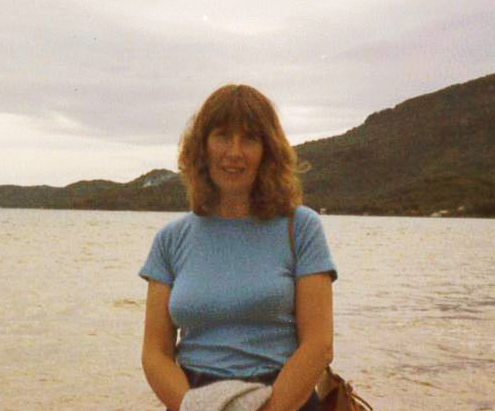 Jean Wragg Memorial Award : “Strive for the Highest“
In recognition of a sustained aspiration to achieve the highest goals in learning and life skills

Penwortham Priory Academy will introduce the Jean Wragg ‘Strive for the Highest’ award in memory of former English teacher and Head of Year who died recently.

Her husband Michael described Jean as: “A lovely, gentle person, who was very caring and touched a lot of hearts.”

He said: “She cared for her pupils as much as anyone.”

Jean went to teacher training college in Portsmouth before getting her first teaching job in Denton, Manchester.

“She could have gone to university but she wanted to be a teacher and she thought teacher training college was a quicker route,” said Michael.

“She was passionate about History and English. She moved to Priory and she loved it, travelling a distance every day to do her job.”

Fionuala Butler, at Priory for 36 years, was a close friend of Jean’s after meeting her at Priory, when she started in the maths department in 1979.

“Jean was a smashing person, the pupils thought the world of her and she had a heart of gold. The pupils knew she cared for them and that was worth its weight in gold.

“As one of her form staff, we were well-supported, she was very well organised and she was always keen to help the people in her team and move them forward.  She had a lovely sense of humour. I stayed in touch with Jean and she was a good friend.”

David Hunter, who was second in English at the time, said: “Jean was quietly spoken, she never raised her voice, and she had a matronly attitude towards discipline which is why she was promoted through her pastoral role at school to Head of Year.

“I remember one day in the smoking room as it was, we were sat opposite each other and she asked me why I looked upset. I told her my mother had just died and she was so kind, that summed Jean up for me.

“We got very good results in our English department, between Hutton Grammar and the Girls’ school, and we were one of the first departments to collate and circulate a yearly results table.”

John Glenn was a maths teacher at Priory for 30 years and got to know Jean, especially on yard duty!

“My form was in her year group and she was Head of Year so I was in Jean’s year team. We were also on yard duty together for a couple of years. I had two young children at the time and Jean was empathetic and her values were sound so you could also trust her advice.

“She met up on holiday with us and she knew it would upset me and so she didn’t tell me until we got back. That was Jean, she was sensitive, she had self-control and was always thinking about others. Every school needs a person like Jean, she was important to Priory.” After Jean’s death her daughter Michele, who lives in Australia, came up with the idea of an award after her son got a special award at his school. Michele said, “My mum was passionate about education and she devoted her whole working life to teaching. She had great affection for Priory and a student award at the school in her name is a fitting tribute to her legacy.”

“Jean and I came from working class backgrounds,” explained Michael. “I had a job offer at 16 at the factory where my dad, grandad and other relatives had worked before me, but encouraged by my dad’s younger brother I decided to try for university.

“Jean always wanted to pursue higher education but at that time, like now, there were financial considerations and there was an expectation to go and earn money. However, we were both very fortunate in being fully supported by our parents in what was then, for youngsters like us, a fairly rare aspiration.

“We want this award to be for someone who may have setbacks, whether economic or whatever, but to encourage them to believe they are capable of achieving their dreams.”

It will be given to a Year 11 leaver each year who has demonstrated a sustained aspiration to achieve the highest goals in learning and life skills.

Above image: Jean on her 80th birthday.